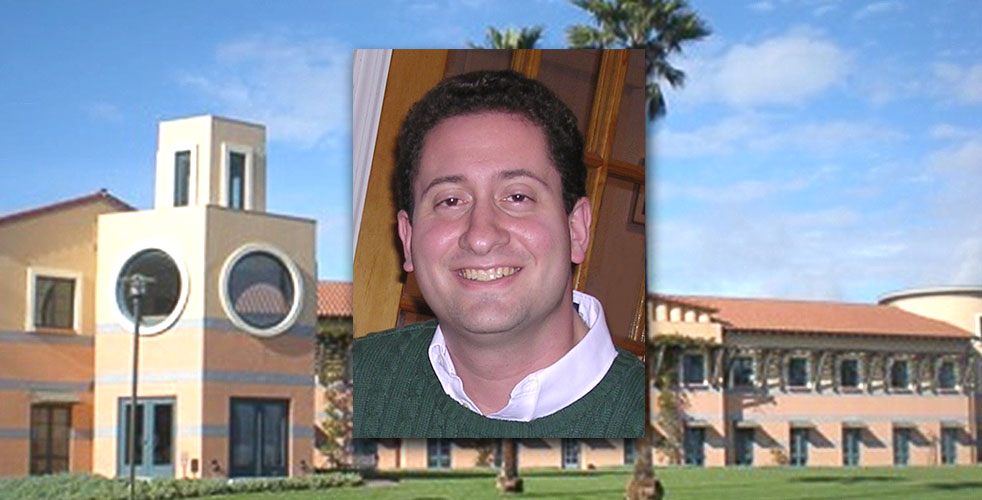 Dr. Adam Durst, Associate Professor of Physics and Astronomy, has been selected for the 2017-2019 Scholar Program at the Kavli Institute for Theoretical Physics (KITP) at the University of California, Santa Barbara. KITP, one of the most highly regarded scientific research facilities in the country, brings together theorists in physics and allied fields to work on a broad range of questions arising from investigations at the leading edges of science. The Scholar Program supports visiting researchers who are faculty at teaching intensive U.S. colleges.

“I’m thrilled to have been selected as a KITP Scholar, and very pleased to be following in the footsteps of my department chair, Dr. Gregory Levine, who was himself a KITP Scholar from 2004-2006,” said Dr. Durst. The award will support Dr. Durst’s travels to KITP over the next three summers, where he will be able to collaborate with researchers from around the world.  “It’s a great opportunity, and one I intend to take full advantage of.”

Dr. Durst is a theoretical condensed matter physicist. He studies the physics of complex materials in which interactions, disorder, and engineered nanostructure yield new phases of matter, exotic quasiparticles, and collective phenomena that cannot be understood in terms of established paradigms.

His research, published in the journal Physical Review, earned Dr. Durst Hofstra’s Lawrence A. Stessin Prize for Outstanding Scholarly Publication for 2015-2016, which recognizes the scholarly efforts of junior faculty.  That work focused on the thermal properties of the interface between a high-temperature superconductor (a material that conducts electricity without resistance) and a topological insulator (a new class of material that conducts electricity only on its surface).  This system is a playground for studying the properties of massless Dirac fermions (particles that behave more like ultra-relativistic particles than normal electrons) since they play a role in both the superconductor and the topological insulator.  At the interface between the two materials, both roles are on display, and the combined effect is demonstrated in Dr. Durst’s calculation of thermal conductivity.