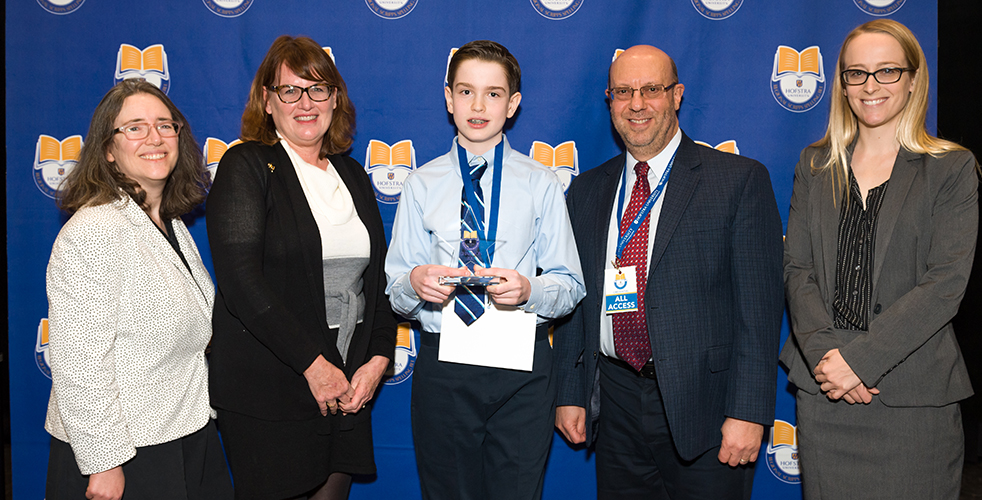 Ryan’s winning word was “requiem.” Other words he spelled correctly in the final rounds were “hamate” and “flautino”. The Bee went 11 rounds and approximately three hours before Ryan was announced as the winner. He will now represent Long Island at the Scripps National Spelling Bee in National Harbor, MD, May 28-June 3. 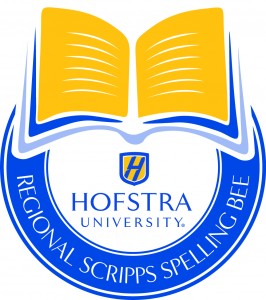 The Hofstra Long Island Regional Spelling Bee started on February 5 with 133 4th-8th graders from schools throughout Nassau and Suffolk County. These students, winners of their local school bees, took the written exam portion of the competition. The 48 students who qualified for today’s spelldown scored in the approximate top third of the test takers.

The spelldown is the staged match where a panel of judges gives the students words to spell aloud. The contestants were eliminated when they misspelled a word, and the competition continued until one speller remained.

Hofstra extends special thanks to The Scripps Company, Merriam-Webster Inc., and Encyclopedia Britannica for their support of the competition.

All the Right Notes
Snow Day