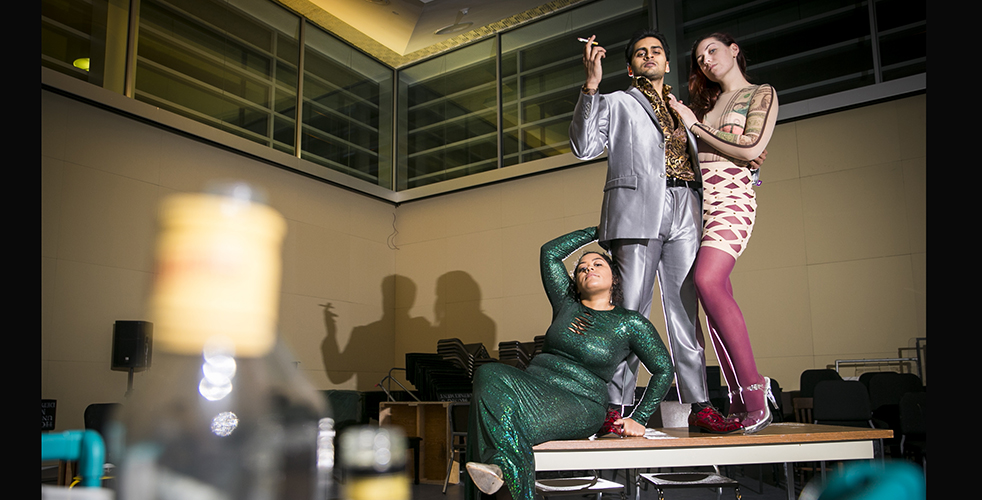 The Beggar’s Opera, the most successful ballad opera and the work upon which Brecht’s Threepenny Opera is based, will be performed by Hofstra Opera Theater at the Joan and Donald Schaeffer Black Box Theater, February 3, 4 and 5, 2017.  Originally written in the 18th century by John Gay, the version that will be performed at Hofstra was adapted by Benjamin Britten in the 20th century. It features artistic direction by Isabel Milenski, and it is conducted by Steven Gross. Performance times are 7:30 p.m. on Friday and Saturday and Sunday at 3 p.m.

The Beggar’s Opera took the popular songs of its day and strung them together with a narrative about London’s underworld. For this reason, the work is believed to have inspired Gilbert and Sullivan and the musical theater genre.

Tickets are $10, $8 for senior citizens and matriculated non-Hofstra students with ID. Members of the Hofstra community may receive up to two free tickets upon presentation of a current HofstraCard. For tickets and more information contact the Hofstra Box Office at 516-463-6644. Tickets are also available online. If seats are still available, they will be sold at the door starting 90 minutes prior to showtime at the Black Box Theater Box Office at the New Academic Building on Hofstra’s South Campus.