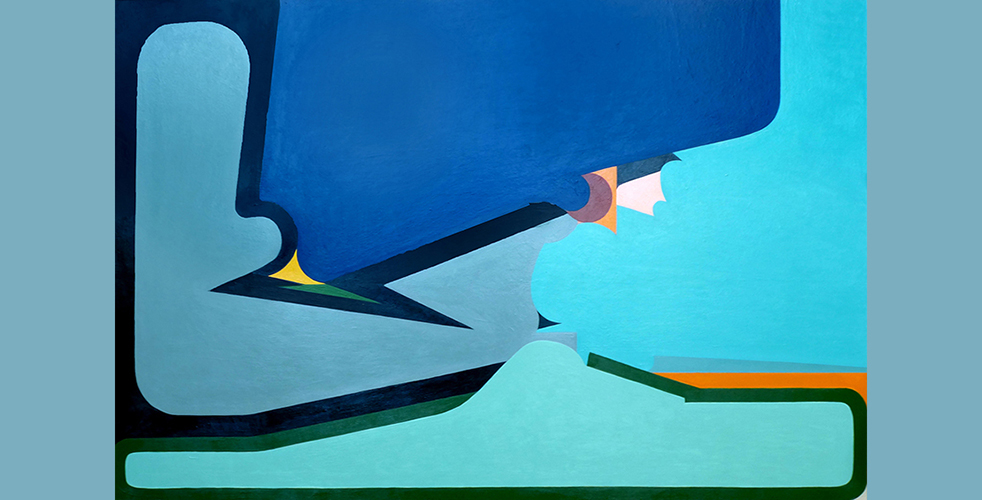 Mario Naves, adjunct professor in Hofstra University’s Department of Fine Arts, Design, Art History, will have an exhibition of his paintings at The President’s Office Gallery at the Brooklyn campus of Pratt Institute from January 30-April 14. A reception will be held on Tuesday, February 7, from 4:30-6:30 p.m.

Professor Naves has taught and lectured at institutions both local and nationwide, including the University of Utah where he was named a distinguished alumnus in 2010. In addition to Hofstra, he also teaches at Pratt and Brooklyn College.

His work has been exhibited at The National Academy, Pavel Zoubok Gallery, The Katonah Museum of Art, Sideshow Gallery, and Lesley Heller Gallery, and it has been written about in The New York Times, Art in America, The New York Sun, The Village Voice, Time Out New York, ArtCritical.com, Abstract Art Online, The 22 Magazine, and Two Coats of Paint.

His writing has been published in Slate, The Wall Street Journal, The New York Sun, Smithsonian, ARTS Magazine, New Art Examiner, Tema Celeste, The New Criterion, and The New York Observer, where his column, “Currently Hanging,” appeared on a weekly basis from 1999–2009.