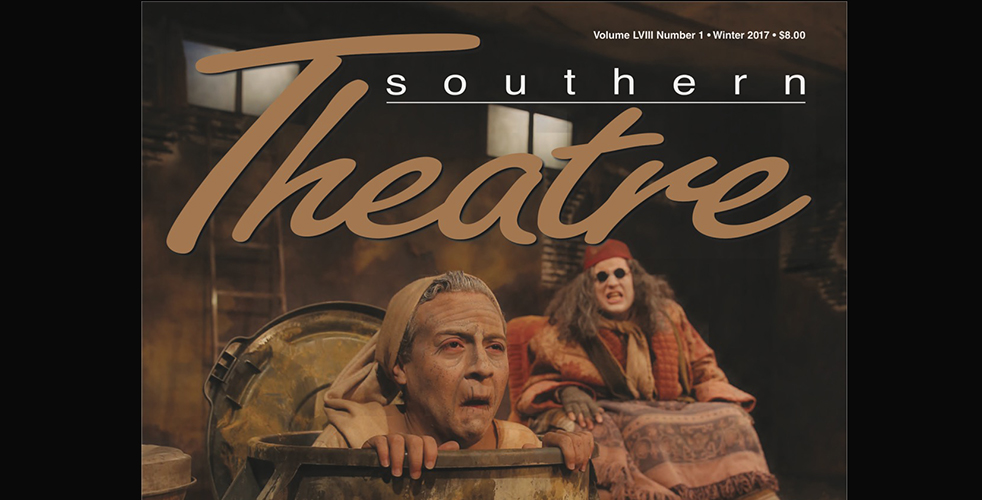 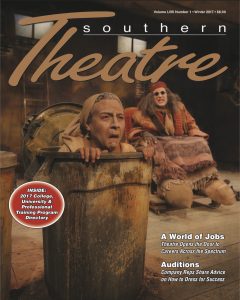 The Drama program’s November 2015 production of Endgame is featured on the cover of Winter 2017 issue of Southern Theatre. The photo by Carol Rosegg was chosen from more than 50 submitted by colleges and universities in the magazine’s annual cover contest. Pictured are BFA acting students Justin Chevalier as Nagg (in trashcan), and Justin Valentino as Hamm (in wheelchair). Director: Christopher Dippel. Set/Costume Design: David M. Henderson. Lighting Design: Rychard Curtiss.