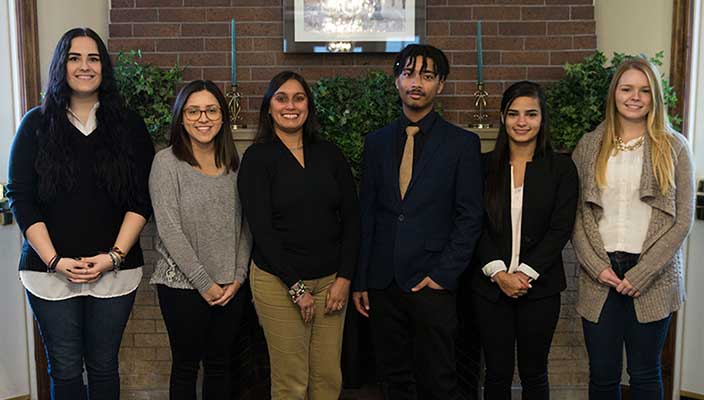 Five students with outstanding academic records and an interest in political science will participate in a January seminar at The Washington Center examining the state of political discourse in the wake of the 2016 presidential election.

The seminar, “Inauguration 2017: Can We Elevate Political Discourse?” will give students the opportunity to dig into policy issues with national political figures, journalists, advocates and scholars, as well as visit government agencies, embassies and think tanks in and around Washington, D.C.  The seminar will run Jan. 8-21, 2017, meaning the students will be in the nation’s capital for the Jan. 20 inauguration of President-Elect Donald Trump.

This is the fifth year that Hofstra has sent students to the Washington Center January seminar, thanks in part to scholarships provided by Scott Rechler, chief executive officer and chairman of RXR Realty LLC.

Dr. Meena Bose, PhD, executive dean of public policy and public service programs at the Peter S. Kalikow School and director of Hofstra’s Kalikow Center for the Study of the American Presidency, has directed several programs for the Washington Center, and oversaw the student selection process.