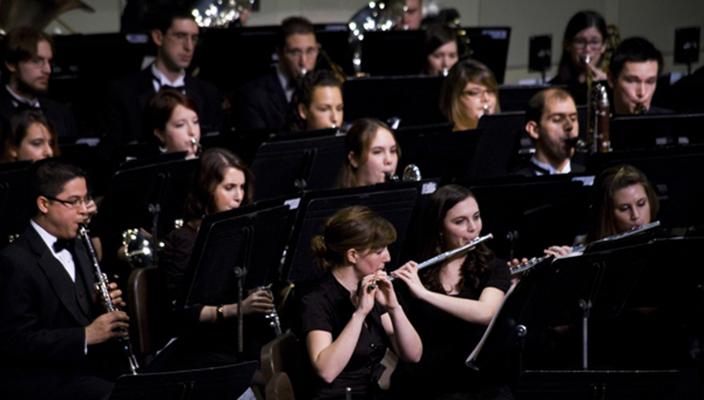 And the Hofstra University Symphonic Band:

Members of the Hofstra community receive up to two free tickets upon presentation of a current HofstraCard. Tickets are $10 general admission; $8 senior citizen (over 65) or matriculated non-Hofstra student with ID.

Tickets are available online and at the Hofstra Box Office at 516-463-6644, Monday through Friday, 11 a.m.-3:45 p.m. If seats are available, tickets will also be sold at the door starting 90 minutes prior to the start of the concert.