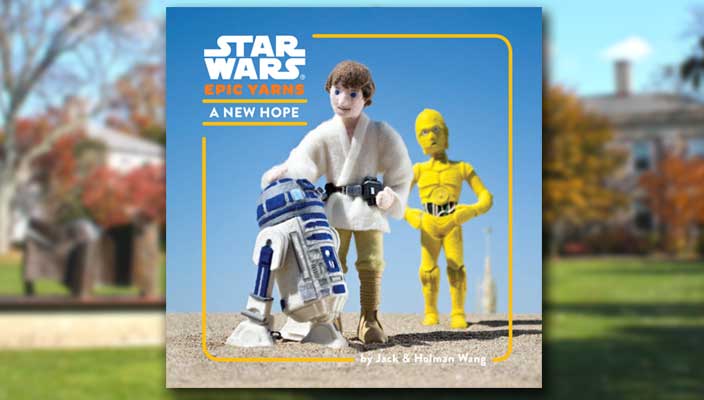 This exhibition features the Wang brothers’ artwork of felted sculpture and board books. They are best known for their board book series that pay homage to literary and cinematic classics. Their work has been selected for the Bologna Children’s Book Fair Illustrators Exhibition (2013) and The Original Art at The Museum of American Illustration in New York City (2015), and they have been featured in American Craft, The New York Times, and The Wall Street Journal, among other places. On February 7, 2015, their Google Doodle in honor of Laura Ingalls Wilder’s 148th birthday appeared on Google.com and other Google homepages worldwide. Holman practices law part time while working as an illustrator in Vancouver. Jack teaches in the Department of Writing at Ithaca College in New York. Deeply Felt: The Art of Cozy Classics and Star Wars Epic Yarns showcases needle-felted figures created by wrapping wool roving around a wire armature that are then sculpted with specialized barbed needles, a process known as “needle-felting.” Once the bodies are complete, they are costumed with pre-felt, a softer material. In addition to Star Wars figures, this show at the Rosenberg Gallery will also include figures from Pride and Prejudice and War and Peace.

An opening reception for the exhibition will be held on Monday, November 21, at 2 p.m. For more information call the Department of Fine Arts, Design, Art History 516-463-5474.