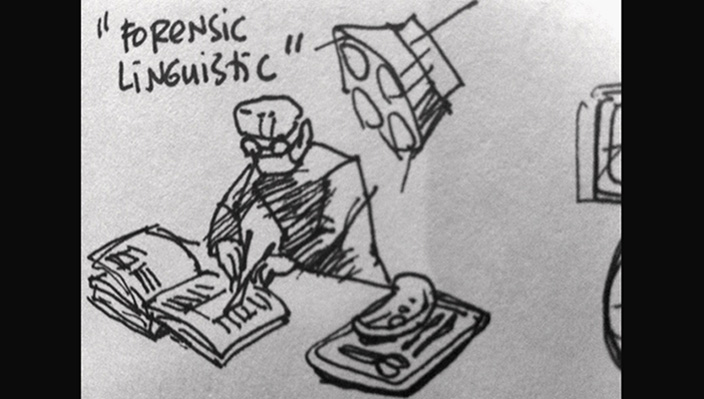 In a kidnapping case in Illinois in the mid-1980s, the ransom note read: “Put [the cash] in the green trash kan on the devil strip.”

Hofstra University professor Dr. Tammy Gales, an expert in analysis of threat and stalking letters, will present An Examination of Linguistic Evidence in Threat Cases, to explain how forensic linguistics were used in the investigation of this case and others like it at a workshop at the Round K cafe, 99 Allen Street, on the Lower East Side on Wednesday, November 30, 2016, at 7:30 p.m. Dr. Gales has trained police and intelligence experts in these analytical techniques in several countries. This event is presented by the ThinkOlio series.

When crimes are committed and emails, ransom notes, texts, or letters are among the evidence left behind, experts in forensic linguistics may be brought in to consult with law enforcement to help identify or come up with a profile of the perpetrator. High profile examples include the anthrax-laced letters that were sent to news media and two US senators the week after the 9/11 attacks and the ricin-laced letters sent to President Obama, NYC Mayor Bloomberg, and ‘Mayors Against Illegal Guns’ Director Glaze.

For more information on the November 30 talk or to RSVP visit ThinkOlio.