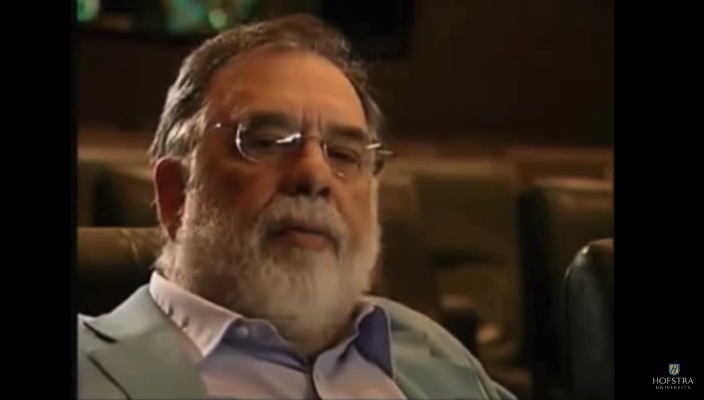 Academy-Award winning director and Hofstra drama alumnus Francis Ford Coppola’60  will participate in a Skype discussion with Professor Rodney Hill’s class on “Film Authorship: Coppola” on Tuesday, Nov. 22, Breslin Hall 211, 4:30-6 pm.  The session is free and open to all members of the Hofstra community.

The class will focus on Coppola’s latest films, particularly Tetro, a 2009 drama about the reunion of two brothers after years of familial rivalries and secrets.

Dr. Hill, who teaches in the Department of Radio, Television, Film at the Lawrence Hebert School of Communication, is co-author of The Francis Ford Coppola Encyclopedia (2010), which has been hailed as “essential for Coppola enthusiasts and film studies collections,” and co-editor of 2004’s Francis Ford Coppola: Interviews.  He teaches undergraduate courses in film history and cinema studies, and oversees graduate students in independent study and thesis work.  His class on Coppola’s film authorship also looks at acclaimed films such as the Godfather trilogy, Patton, and Apocalypse Now, among others.  Learn what his favorite Coppola film is.