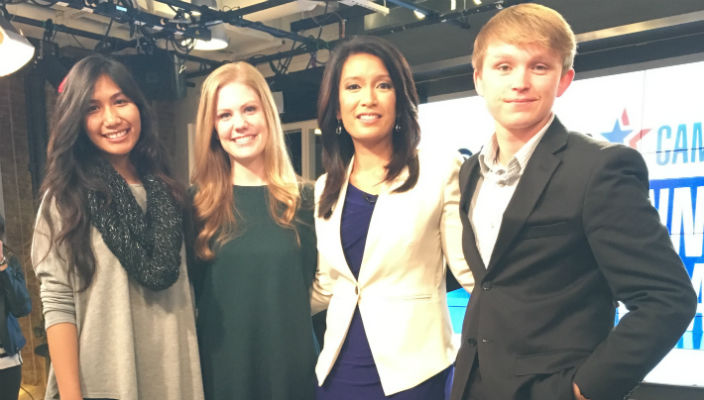 Hofstra students Trent Campbell’19, Pakelody Cheam’18, and Meghan Von Elm’15,’18 participated in a CBS News millennial town hall  on Oct. 28 with other young voters to discuss the issues that are most important to them during this presidential election cycle.

Trent is a sophomore majoring in film and television, and is also a student photographer on campus.

Pakelody is a junior majoring in sustainability studies and public relations, and a fellow with Hofstra’s Center for Civic Engagement.

Meghan completed her undergraduate degree in journalism at Hofstra in 2015, and is now pursuing a Master of Arts in public relations.