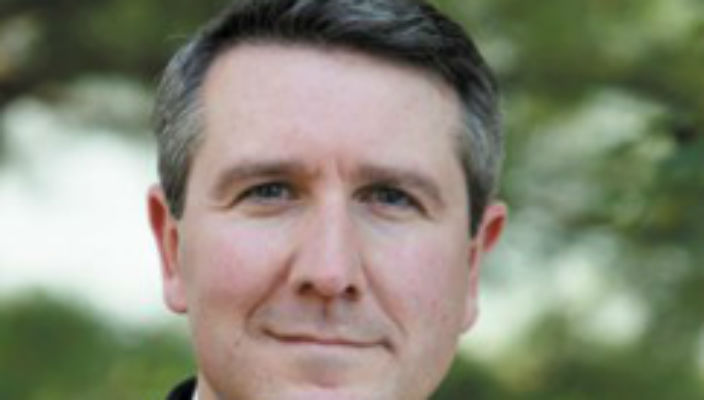 Mark J. Lesko, who joined Hofstra in 2015 to launch the Center for Entrepreneurship, has been named vice president for economic development, President Stuart Rabinowitz announced.

In his new role, Lesko will oversee the School of Continuing Education programs, the Scott Skodnek Business Development Center and the Breslin Center for Real Estate Studies. He will also continue as executive dean of the Center of Entrepreneurship, which has quickly grown into a vital resource for the campus and regional innovation economy.

“With his energy and experience, Mark is supremely qualified for this role,” said President Stuart Rabinowitz. “This is a natural extension and expansion of what he has been doing so successfully with the Center for Entrepreneurship, and creates opportunities for even more cooperation among all our economic development and professional education programs.”

Lesko has broad experience in the public and private sector. He is the former executive director of Accelerate Long Island, a regional collaboration among Long Island’s research institutions, and served for three years as Brookhaven Town Supervisor. He was also a federal prosecutor in Washington, D.C., Brooklyn and Long Island, and worked as a corporate litigator in Pittsburgh and Washington, D.C.

He replaces Richard Guardino, who stepped down as vice president of economic development earlier this year to become executive director of the Long Island Regional Planning Council.

“The ultimate goal is to support the president’s role as a leader in economic development on Long Island,” Lesko said. “Hofstra is one of the main economic drivers of Long Island and

it’s exciting to be part of the leadership team. I have big shoes to fill and I look forward to continuing the work that Rich Guardino did with local economic development organizations and efforts.”

Since its launch last year, the multi-disciplinary Center for Entrepreneurship has mentored hundreds of students, faculty and members of the community, fostered the creation of student-run companies, and fielded the largest-ever Hofstra CPXi Venture Challenge business pitch competition, with more than 50 student-team entrants.