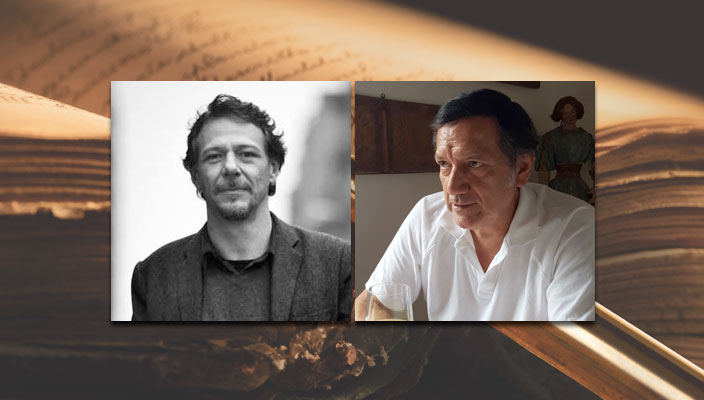 The next Great Writers, Great Readings event is the series’ first joint presentation by Hofstra’s own Miguel-Angel Zapata and Álvaro Enrigue on Wednesday, October 19, at 7 p.m. at the Guthart Cultural Center Theater, Axinn Library, First Floor, South Campus. Great Writers, Great Readings is presented by the Department of English and the MFA in Creative Writing Program. Their reading is being presented in conjunction with the October 20 Hofstra Cultural Center symposium, On the Edge of Creation and Translation (Hispanic-American Writers and Scholars on Translation).  More info

Miguel-Angel Zapata, professor of romance languages and literatures at Hofstra, is one of the most innovative poets of his generation in Peru and one of Latin America’s most influential poetic voices today. Among his most recent published works are the celebrated Hoy dia es otro mundo (Today is Another World), and La Nota 13 (Note 13).  He was awarded the 2011 Latino Literature Prize in the Poetry Category for his book Fragmentos de una manzana y otros poemas (Fragments of an Apple and Other Poems).

Álvaro Enrigue was a Cullman Center Fellow and a Fellow at the Princeton University Program in Latin American Studies. He has taught at New York University, Princeton University, the University of Maryland, and Columbia University. His fifth novel (and first to be translated into English), Sudden Death, was published in early 2016 to high praise from The New York Times, the Los Angeles Times, and The Wall Street Journal.