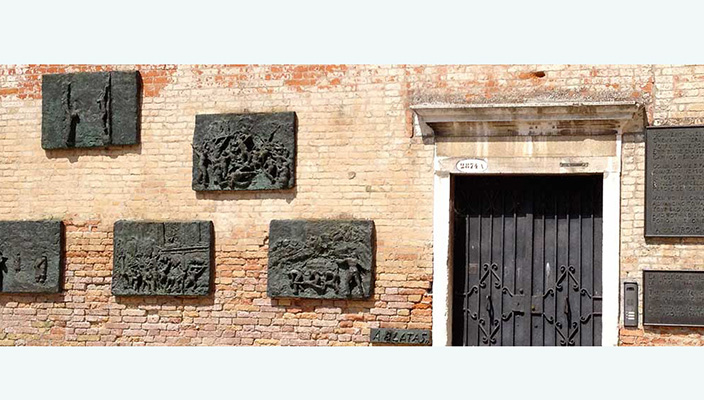 The Ghettos of Europe, in Venice from 1516-1797 and Eastern Europe during the Holocaust, are the focus of Hofstra University’s fall 2016 Issues in Judaism Lecture Series. The lectures are presented by The Hofstra Cultural Center and Hofstra Hillel – The Center for Jewish Life .

In addition to two lectures on European ghettos, Hofstra will also welcome Jennifer Teege, author of My Grandfather Would Have Shot Me. In this event that is free and open to the public, Ms. Teege explains how she inadvertently discovered that her grandfather was the brutal Nazi commandant of the Plaszow concentration camp, memorably portrayed by Ralph Fiennes in the film Schindler’s List. Learning this sent her into an emotional tailspin. She will share how she was able to eventually make peace with her past and move forward with her life.

“500 Years of the Ghetto of Venice” will be presented on Thursday, October 27, at 7 p.m. and “Life and Death in the Ghettos of Eastern Europe” will follow on Thursday, December 1, at 8 p.m. Tickets are $8 per lecture, $7 senior citizen (over 65 with ID), $5 matriculated non-Hofstra student (present ID at the door). Members of the Hofstra community may receive up to two free tickets upon presentation of a current HofstraCard.

The free lecture, “My Grandfather Would Have Shot Me: A Black Woman Discovers Her Family’s Nazi Past,” takes place on Monday, November 14, 7 p.m. 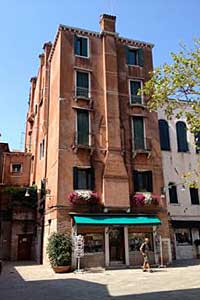 The ghetto of Venice was established in 1516 and existed until opened by the forces of Napoleon Bonaparte in 1797. In defiance of its supposedly closed status, the Venetian ghetto was an important locus of learning, commerce and culture, not just for the Jews but for the larger Italian and European society as well. Typical of the paradoxical nature of the ghetto in Venice (and Italy in general), the Ghetto Nuovo (new ghetto) is older than the Ghetto Vecchio (old ghetto). Join us as we untangle these contradictions. 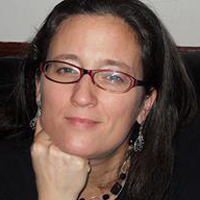 “Life and Death in the Ghettos of Eastern Europe”

By discussing the different responses to persecution and annihilation by the Jews of Eastern Europe during the Holocaust, this talk explores questions of life and death in two of the largest ghettos established by the Germans in Poland and the Soviet Union, namely Warsaw and Minsk. The talk examines, in particular, instances of spiritual and armed resistance in the two ghettos. 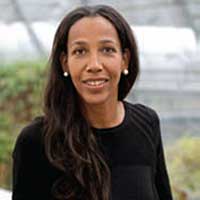 My Grandfather Would Have Shot Me: A Black Woman Discovers Her Family’s Nazi Past

My Grandfather Would Have Shot Me is a book born of a shocking discovery for speaker Jennifer Teege. She picked up a book by chance at Hamburg’s main library and discovered that her grandfather was the brutal Nazi commandant of the Plaszow concentration camp, memorably portrayed by Ralph Fiennes in the film Schindler’s List. Ms. Teege’s mother was German; her father was Nigerian. Raised in a loving home by her adopted German family, Ms. Teege struggled with depression as she coped with the trauma of rejection by her birth mother. She went to college in Israel, where she learned fluent Hebrew and earned degrees in Middle Eastern and African Studies. After her emotional pilgrimage, Ms. Teege says, “I’m no longer a prisoner of the past. I know now that I am not to blame, and the guilt no longer weighs heavily on my shoulders. There is no Nazi gene: We can decide for ourselves who and what we want to be.”

Programs Spotlight Italy and America in Film and Poetry
Final Performances! “Why Torture is Wrong and the People Who Love Them”