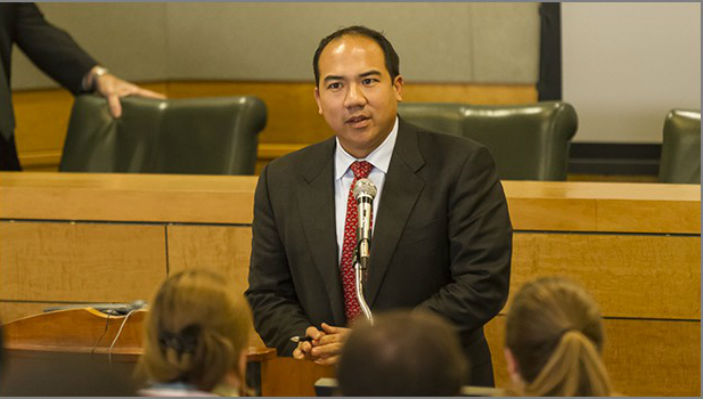 Julian Ku, the Maurice A. Deane Distinguished Professor of Constitutional Law, was quoted in a Courthouse News Service story about the first presidential debate, held at Hofstra University on Sept. 26, 2016.

Professor Ku was also featured in several major Chinese-language newspapers on the positions of presidential candidates Hillary Clinton and Donald Trump on China and the TPP (Trans-Pacific Partnership trade deal).  The Chinese News Service article was republished in 24 Chinese newspapers.

Read more to see his comments and the articles in full.