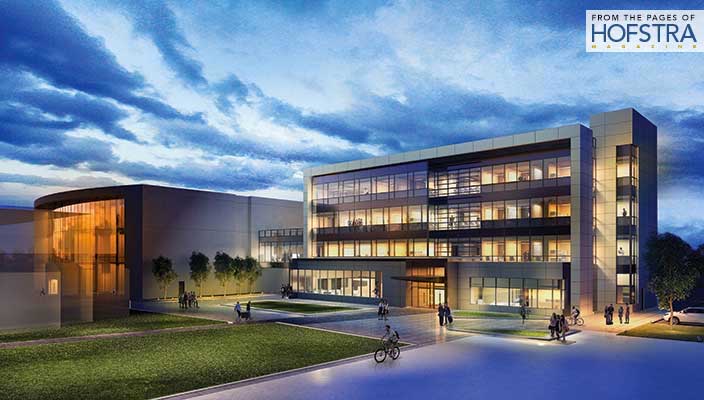 Hofstra Magazine
“Fifty years is an important milestone, and milestones represent a vital opportunity for reflection in a world that is more complex, more uncertain and moving faster than ever before. We’re becoming more and more hands-on to give our students the chance to experience business while they’re learning business.”Dean Herman A. Berliner

The future of the Frank G. Zarb School of Business can be found on easels that greet visitors to the school’s administrative offices in Weller Hall. There, architectural renderings depict a sleek, new structure flooded with light from floor-to-ceiling windows.

The future can also be found nearly 7,000 miles away, on the northeast coast of China. There, Zarb students spent some of their summer interning at a multinational corporation as part of a new dual-degree program with one of that country’s top-ranked universities.

The Zarb School celebrated its 50th anniversary during the 2015-16 year, marking that milestone with an ambitious plan for the future:
a new, $25 million building and a slate of new international, entrepreneurship and research programs that expand experiential learning opportunities and better prepare students for the global marketplace.

The FUTURE OF BUSINESS Education at the ZARB School

“Fifty years is an important milestone, and milestones represent a vital opportunity for reflection in a world that is more complex, more uncertain and moving faster than ever before,” said Dean Herman A. Berliner. “We’re becoming more and more hands-on to give our students the chance to experience business while they’re learning business.”

The cornerstone of these efforts is the plan for a new building to replace and expand Weller Hall, home to Zarb School faculty and administrative offices. The new structure will house not only offices, but also a new Center for Entrepreneurship startup incubator and
a new market research behavioral science lab.

The airy, 50,000-square-foot building will also include several collaborative study and meeting spaces, and be connected via
a glass-enclosed elevated walkway to C.V. Starr Hall, the Zarb School’s main classroom building. The building is expected to be complete by fall 2018.

The announcement of the new building came as the Zarb School embarked on a new exchange and dual-degree program with Dongbei University of Finance and Economics in Dalian, China, one of the country’s top 3 business universities. 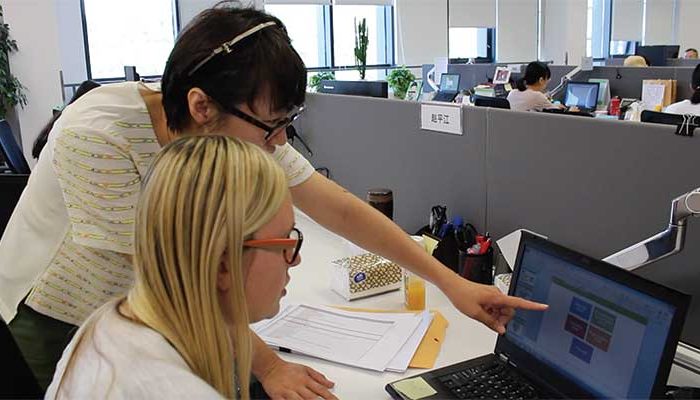 “Working in China has helped me understand the difference between the American business culture and the Chinese business culture.” — Tori Matisoff, International Business Major 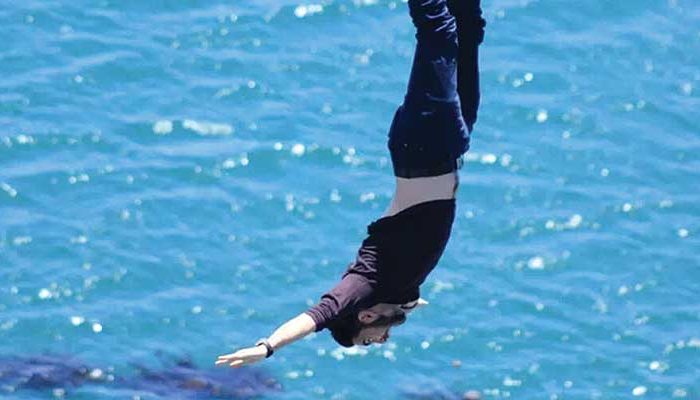 In addition to their internships, students in the Zarb dual-degree program with Dongbei University in China experienced Chinese culture in other ways, from lessons in traditional martial arts and calligraphy to adventures bungee jumping off the coast of Dalian. 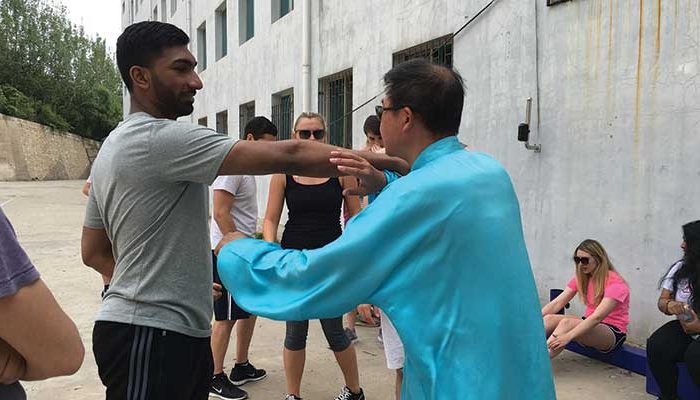 “I’ve always been really intrigued with China and when I heard about this program, I thought – two degrees, one from Hofstra and one from a university in China that’s ranked in the top 3 in my major … I immediately said, ‘sign me up.‘ ” — Anthony Ramdhani, Rising Senior 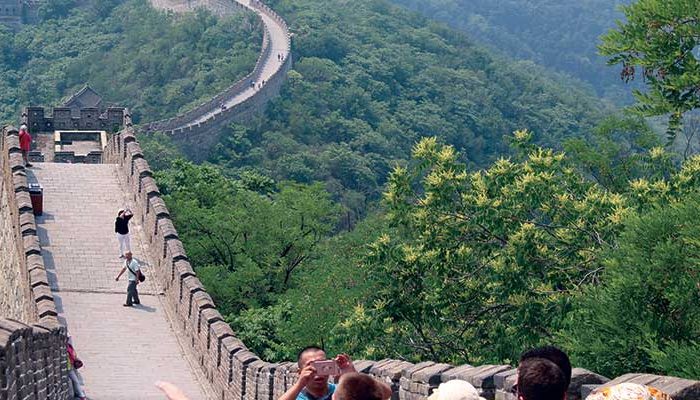 “I’ve never been out of the country and I thought China would be a perfect place to start. If I’m going to travel for the first time, I might as well go big. This trip has been full of some great surprises.” — Kevin Kusmierz, Finance and Economics Major 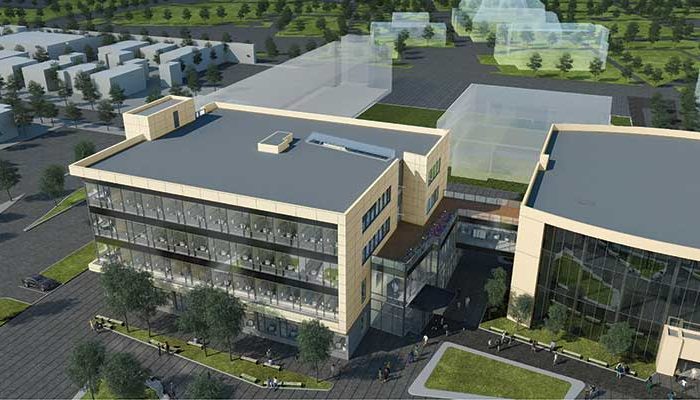 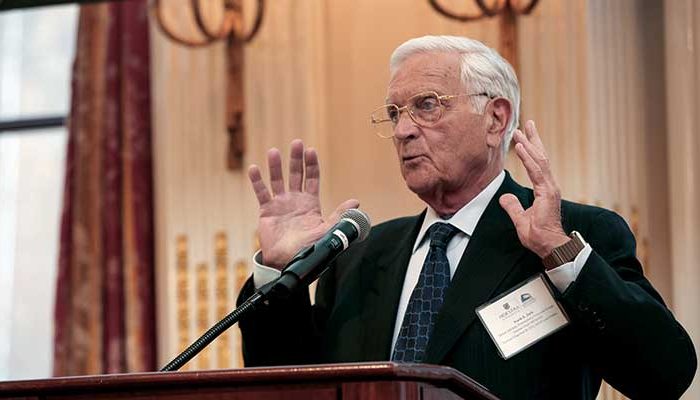 Hofstra trustee Frank Zarb, an alumnus of the first class of the school that would one day bear his name, was among the speakers at a symposium on the future of business education that the Zarb School held in March 2016 to commemorate its 50th anniversary. 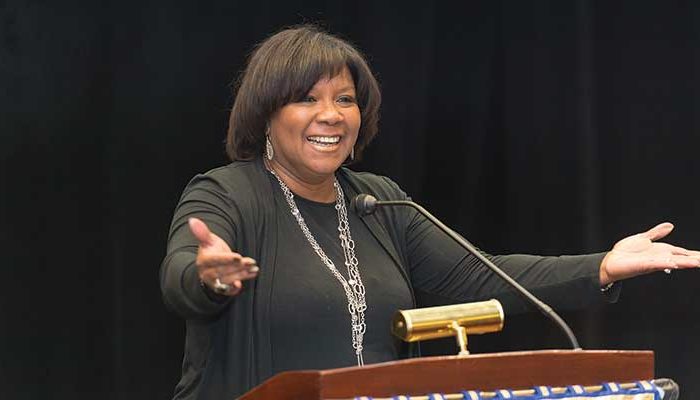 Following a symposium in Manhattan, the Zarb School invited several distinguished alumni back to campus for a conversation about their careers. Among the alumni speakers was trustee Debra Sandler (above), president and CEO of La Grenade Group LLC and former president of Mars Chocolate North America.

As part of this program, Zarb students take a five-course, two-semester program taught at Hofstra by two visiting Dongbei professors. In between the two semesters, students complete a summer internship at a multinational corporation in China. When they graduate, students earn a BBA from Hofstra, and a bachelor’s degree in economics from Dongbei University.

The partnership is among just a few such dual-degree programs at U.S. universities.

The first group of 13 Zarb students spent two weeks in language and other cultural immersion classes. They toured the Dalian Commodity Exchange; visited Xinghai Square, the largest city square in the world located on the Dalian’s southern waterfront; and learned basic martial arts as well as how to perform a traditional tea ceremony. Each Zarb student was paired with a Dongbei student, who also helped the group navigate the city.

“I got my passport three weeks ago. I’ve never been out of the country and I thought China would be a perfect place to start,” said Kevin Kusmierz, a finance and economics major, shortly after arriving in Dalian. “If I’m going to travel for the first time, I might as well go big. This trip has been full of some great surprises.”

The two-week orientation session was followed by a four-week internship, during which the students worked in various roles at the Dalian offices of pharmaceutical giant Pfizer.

“I’ve always been really intrigued with China and when I heard about this program, I thought – two degrees, one from Hofstra and one from a university in China that’s ranked in the top 3 in my major – finance,” said rising senior Anthony Ramdhani, who also has a concentration in philosophy. “I immediately said, ‘sign me up.’ Having this experience under my belt will definitely set me apart from hundreds of other job candidates.”

Located in the northeastern port city of Dalian, Dongbei University has an enrollment of about 20,000 students. All courses there are taught in English. It is ranked among the top 3 universities in China for the study of finance and economics.

Dalian is a city of about 4 million people just under an hour by air from Beijing. It is a trading and financial center that has attracted international companies such as Microsoft, Nokia, IBM and Intel. It is also home to the Dalian Wanda Group, China’s largest commercial property company and the world’s largest cinema chain operator. Dalian Wanda’s chairman, Wang Jianlin, is the richest man in China, with a net worth of $30 billion, according to Forbes.

Five students from Dongbei spent the spring 2016 semester at Hofstra, and the two universities are now working on a graduate exchange program as well.

Tori Matisoff, an international business major who had traveled to China before and speaks some Chinese, jumped into her human resources internship at Pfizer, proposing new management team-building activities. “My boss was really excited about my ideas, so I will be leading those activities at an orientation,” Matisoff said during the second week of her internship.