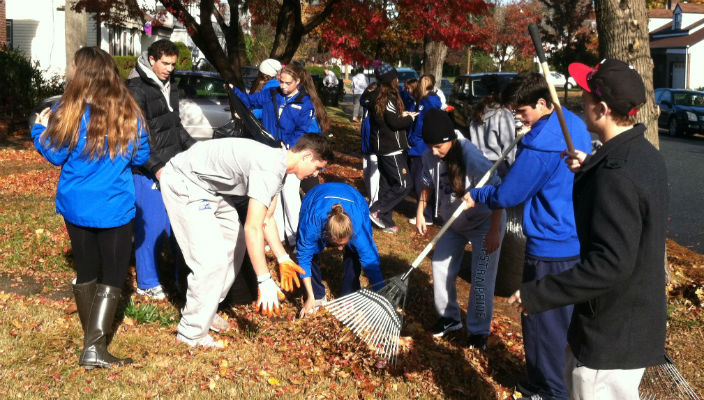 Hofstra University has been named to the 2015 President’s Higher Education Community Service Honor Roll for its “exemplary community service programs” – the eighth consecutive year the University has been awarded federal recognition for civic engagement and volunteerism.

Hofstra was listed in the following categories: General Community Service, Economic Opportunity and Education. The Honor Roll, launched in 2006, is a collaborative initiative between the U.S. Department of Education and the U.S. Department of Housing and Urban Development, as well as the American Council on Education, Campus Compact, and the Interfaith Youth Core. Honorees are chosen based on a series of factors including the percentage of students participating in service projects and programs, the school’s commitment to campus-community partnerships and measurable outcomes as the result of student service.
Hofstra offers students opportunities to volunteer in the community in a variety of ways, including through the Office of Student Leadership and Engagement, the Center for Civic Engagement, and the Office of Off-Campus Living and Commuting Student Services. Hofstra students contribute an estimated 5,000 hours of community service in the region each year. Most recently, about 300 students volunteered to help with the first U.S. presidential debate between Donald Trump and Hillary Clinton, which Hofstra hosted on Sept. 26, 2016. Student volunteers supported the media on campus, the Commission on Presidential Debates, and our campus events leading up to and on debate night.

Online MBA Program Ranked 15th in U.S.
Sept 30 Opening for “Why Torture is Wrong and the People Who Love Them”