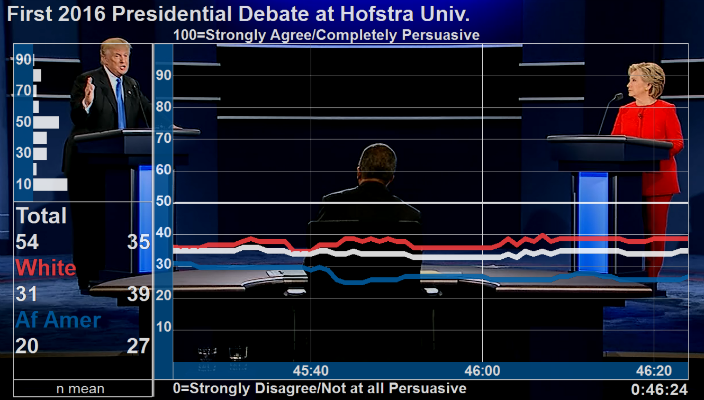 A focus group study co-led by Philip Dalton, chair and associate professor of the Department of Rhetoric, which examined the real-time reactions of 60 black and white students to comments made by Donald Trump and Hillary Clinton during the Sept. 26 presidential debate at Hofstra University was widely covered in media, including CNN, WNYC Radio, and these outlets:

Sept 30 Opening for “Why Torture is Wrong and the People Who Love Them”
Dr. Meena Bose: The Hofstra Debate in Hindsight