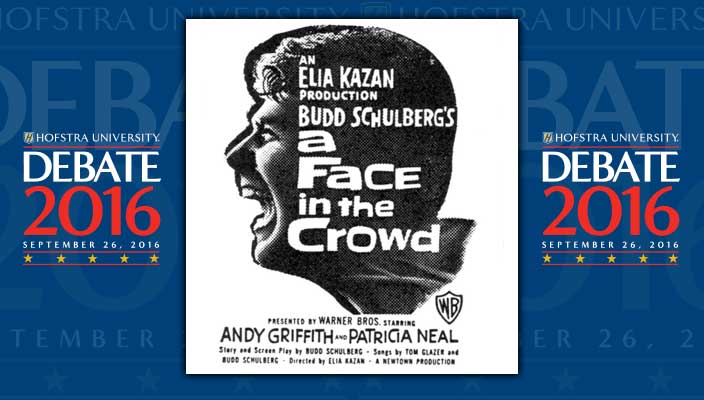 Hofstra University continues its Debate 2016 program schedule with a screening of Elia Kazan’s 1957 film, A Face in the Crowd, on Friday, Sept. 23. Isabelle Freda, assistant professor of Radio, Television, Film in the Herbert Lawrence School of Communication, will introduce the film.

Starring Andy Griffith, Patricia Neal and Walter Matthau, A Face in the Crowd is an early indictment of the role of television and advertising in American politics. Made after Dwight Eisenhower’s second television-fueled presidential campaign, it is a stark portrayal of the exploitation of television for commercial and political ends, particularly the capacity of the small screen to create a new kind of celebrity. Many of the questions raised by this unique film remain with us today.

The film will be shown in 211 Breslin Hall at 3 p.m. This event is free and open to the public with registration.