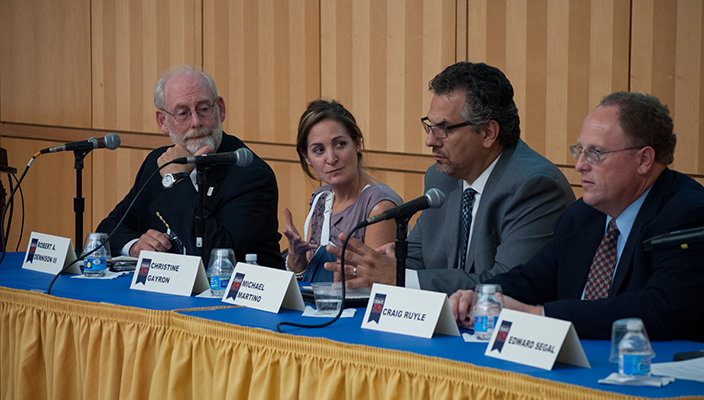 Bond Buyer covered the Hofstra panel discussion, “America’s 21st Century Infrastructure Challenges,” held on Tuesday, September 13, as part of the University’s Debate 2016 programming.  The event was sponsored by the School of Engineering and Applied Science. A panel of experts explored the challenges to rebuild the US infrastructure and discussed how these projects will be funded and how our two political parties plan to address these issue in their campaign platforms. One of the takeaways from the event was the grim news that New York State received a C-minus grade in a 2015 infrastructure report card released by the American Society of Civil Engineers including a D-plus for bridges, a D for wastewater and a D-minus for roads.