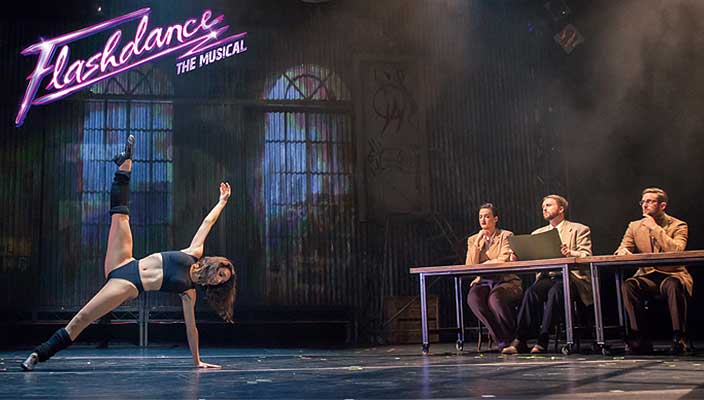 Hofstra University dance alum Julia Macchio ’14 recently completed a seven-month tour of “Flashdance the Musical,” the stage adaptation of the 1983 iconic movie. Macchio held the lead role of Alex, an 18-year-old aspiring classical dancer from Pittsburgh who is a welder by day and an exotic club dancer by night.

“Playing Alex in Flashdance was a dream come true,” Macchio said. “I have always wanted to establish a career in which I utilized my acting, singing, and dancing abilities simultaneously. Luckily, this role required that. It’s so difficult to find an opportunity in which all three components are equally essential; usually one takes precedence over the other two. Playing Alex allowed me to push myself and surprise myself while doing what I love the most. It just fit like a glove.”

The tour hit more than 50 U.S. cities between October 2014 and May 2015, and ended with a two-week extension in New Zealand. Having been classically trained in acting, voice and dance since the age of five, Macchio’s role in Flashdance was her professional musical stage debut. She also appeared in Radio City Music Hall’s Spring Spectacular in 2015. On screen, she was in a short film titled Across Grace Alley, in which she portrayed a voice student, as well as in feature film Girl Most Likely, opposite Kristen Wiig and Darren Criss, which was released before her senior year at Hofstra.

During her time as an undergrad, Macchio performed in the Dance Department faculty show each semester. She also performed in and choreographed performances for Danceworks, a student-run club that puts on two major performances in the University’s John Cranford Adams Playhouse each year. Off campus, Macchio performed at the American College Dance Festival and was selected to perform at Lincoln Center as part of the festival, and she sang and danced at the Florence Dance Festival in Italy.

“Hofstra gave me the tools that I needed to succeed after college, as an individual and as a performer,” Macchio said. “The professors I had and the classes that I took pushed me out of my comfort zone while helping me find my individuality at the same time. As a performer, it is so important to know what makes you unique and to utilize that in every audition and job you encounter. However, it is also extremely essential to be able to adapt to what is being asked of you. Hofstra taught me how to balance both, which I have found to be very useful in my post-college years.” 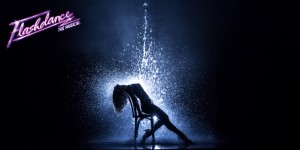 Landing the lead role in “Flashdance the Musical,” which recreated such iconic film images at the “water drop” dance scene, is not an unfamiliar occurrence in Macchio’s family. Her father is Ralph Macchio, of Karate Kid and The Outsiders – among other blockbusters – fame. While Macchio is inspired by her father’s career, it’s what he does behind the scenes that drives her.

“I’m inspired by how he carries himself as a human being: always professional, always kind, always well spoken, always putting family first,” she said. “He is a father first. He has kept me grounded and has always encouraged me to get an education while supporting me to pursue my dreams. I knew growing up that I wanted to carry myself as well as he always has.” And while the senior Macchio has gently guided his daughter and given her advice for which she is grateful, she is even more grateful for the work ethic he has passed on to her. “He has supported the fact that I want to work for everything that I earn; I’ve never wanted anything handed to me. He is truly one of a kind.”