The interdisciplinary programming includes more than 25 events in the two weeks before the first debate addressing issues such as race relations, international trade agreements, foreign policy, public education, infrastructure, and federal budget policy. All events are free and open to the public. A complete listing of debate-related events can be found at hofstra.edu/debate.

Hofstra University will be the first university to ever host three consecutive presidential debates.

“Hosting a presidential debate is an extraordinary opportunity to inspire our students to embrace their power and responsibility as citizens to engage in the democratic process,” said President Stuart Rabinowitz. “As we saw when we had the honor or hosting debates in 2008 and 2012, giving students the chance to hear from policymakers, journalists and scholars across the ideological spectrum is an essential part of their participation in these historic events.”

Debate programs begin on Monday, Sept. 12 at 10:15 a.m. with The Madhouse Effect, featuring Dr. Michael E. Mann, distinguished professor of meteorology and director of the Earth System Science Center at Penn State University, who wrote the 2016 book, The Madhouse Effect: How Climate Change Denial is Threatening Our Planet, Destroying Our Politics and Driving Us Crazy.

The debate itself is produced and sponsored by the Commission on Presidential Debates (CPD), a non-partisan, non-profit organization, which controls all aspects of debate production. The limited number of debate tickets that may be allocated to Hofstra University by the CPD will be distributed via lottery to current students.  The University will host public debate watch parties on its South Campus, in Fortunoff Theater at Monroe Lecture Center and at the John Cranford Adams Playhouse. 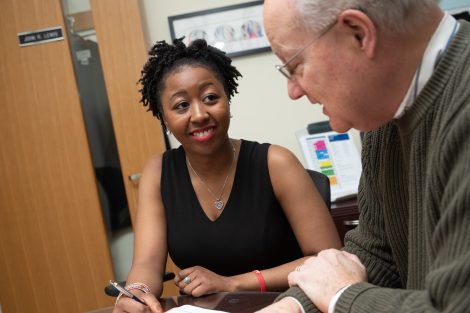