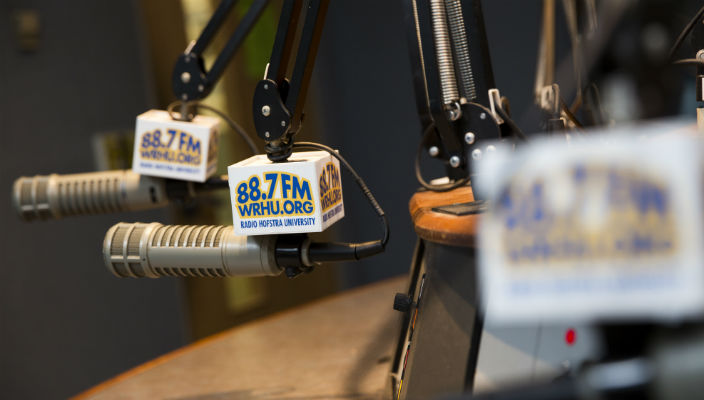 WRHU-88.7 FM Radio Hofstra University has again been named a finalist for the prestigious 2016 National Association of Broadcasters Marconi Radio Award as the non-commercial radio station of the year. WRHU won the honor in 2014, the first year that non-commercial stations were recognized.

The Marconi Award honors radio stations and on-air personalities for excellence in broadcasting in more than 25 categories, and winners will be announced September 22 during an awards ceremony in Nashville.

WRHU is Hofstra’s award-winning student-run radio station, with studios in the Lawrence Herbert School of Communication. Ranked as the best college radio station in the nation for two years running by Princeton Review, WRHU and its student reporters have won top honors from the New York State Associated Press Association, the Press Club of Long Island, the Society of Professional Journalists, and New York Women in Communications.

Most recently, the station sent four student journalists to cover the 2016 Republican and Democratic national conventions, where they interviewed top newsmakers as fully-credentialed members of the media.

WRHU has also been the flagship station of the New York Islanders since 2010, and is the first and only college radio station to have an exclusive broadcasting agreement with a professional major-league sports team.

Hofstra Announces Debate 2016 Programs
This is Just the Beginning: Humans of Hofstra with Daylen Orlick