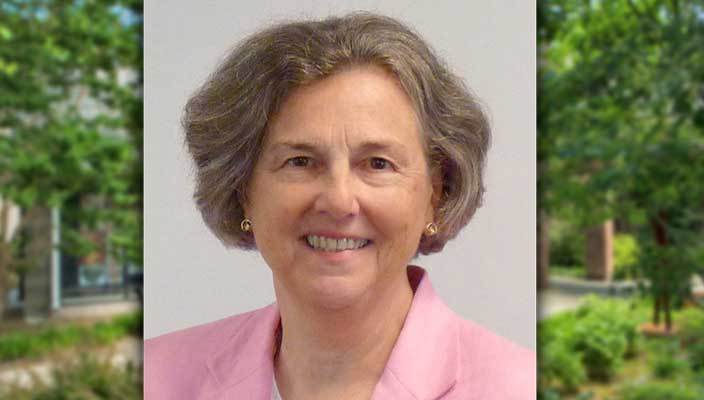 Dr. Phyllis Zagano, Senior Research Associate in Residence in the Department of Religion, has been appointed to serve on a 12-person commission established by Pope Francis to study the question of women deacons. Dr. Zagano, who is widely published on the subject of women deacons, is the only American and one of six women to serve on this commission. Her books include Holy Saturday: An Argument for the Restoration of the Female Diaconate in the Catholic Church.  She is also a Fulbright scholar and the 2014 recipient of the Isaac Hecker Award for Social Justice.
“I am honored that the Holy Father has included me among the scholars who will study anew the question of restoring women to the diaconate in the Catholic Churches,” said Dr. Zagano. “The most recent study document on the question of restoring women to the diaconate states that the decision is up to the ‘ministry of discernment that the Lord has left his Church.’ My hope is that the results of the study will be a decision that will enable the Church to speak more forcefully to the world about the dignity and place of women.”

“After intense prayer and mature reflection,” the Vatican announced in a press release issued this morning, August 2, that Pope Francis has established the “Commission of Study on the Diaconate of Women.” During the meeting with participants of the Plenary Assembly of Religious Superiors on May 12, the Pope expressed his intention “to set up an official commission to study the question” of the Diaconate of Women, “especially regarding the first times periods of the church.”

The commission includes members with a variety of theological perspectives. They include priests, nuns and many professors. The chair of the committee is Spanish Archbishop Luis Francisco Ladaria Ferrer, SJ, Secretary General of the International Theological Commission.