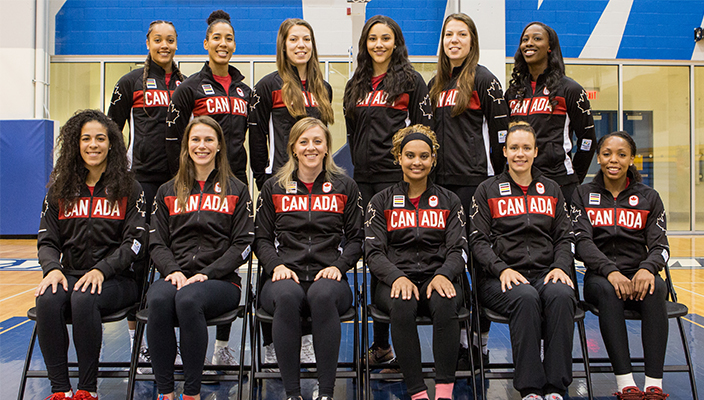 Former Hofstra women’s basketball standout Lizanne Murphy has been named to Canada’s 12-player roster for the 2016 Olympics in Rio, Canada Basketball announced Friday. Murphy will become the first two-time Olympian in school history after competing with Canada in the 2012 Olympics in London.

Now in her 11th season with the national team, Murphy has played in 137 games and has helped Canada to recent success. Last summer, she was a member of the first Canadian team to win gold at the Pan-American games, as Canada defeated the United States, 81-73, in the championship game. A month later, she helped the team qualify for the Rio Olympics and earn a FIBA Americas championship, coming off the bench and contributing four points and a rebound as the team defeated Cuba, 82-66, in the gold medal game.  The Beaconsfield, Quebec, native averaged 7.2 points per game in six contests in the FIBA Americas run.

At the 2012 Olympics in London, Murphy appeared in six games for Canada, averaging 4.5 points, 2.3 rebounds and 17.5 minutes per game as the team finished eighth.

One of the top rebounders in Hofstra program history, Murphy finished her career with 988 boards, good for third on the Pride all-time list, and added 1,245 career points. She has spent the past three seasons with French club team Angers of Ligue Féminine de Basketball.

In Rio, Team Canada will compete in Group B, which also includes the Serbia, China, Spain and the United States. Canada will open the Olympics with a group-play matchup with China at 12:15 p.m. EST on Aug. 6 at Youth Arena in Deodoro Olympic Park. Canada swept a three-game exhibition series with China earlier this month.