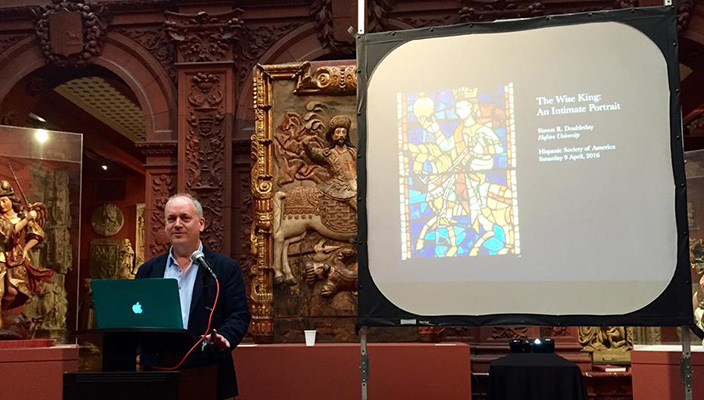 Dr. Simon Doubleday, professor and chair of the Department of History, will be giving a public lecture, “La Familia Lara Y El Rey Sabio,” in the village of Lara de los Infantes, near the royal city of Burgos, where the kings of Castile often used to gather their court during the Middle Ages. The lecture will take place on August 9.

Dr. Doubleday explains that Lara is called “de los Infantes” because of the legend of the Seven Infantes of Lara, one of the most famous epics in the Spanish language. The village also gave its name to the greatest noble lineage of medieval Castile, the Lara family. 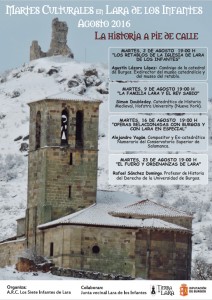 Dr. Doubleday’s lecture will address the family’s relationship with King Alfonso X el Sabio (1252-84), on which he has written a book called The Wise King: A Christian Prince, Muslim Spain, and the Birth of the Renaissance (Basic Books, 2015). As a child, Alfonso was raised alongside one of the key members of the Lara family, and the two men remained friends until there was an aristocratic rebellion against his rule in the 1270s. Dr. Doubleday will discuss their relationship, the political context, and the many meanings of friendship in the Middle Ages.

Hofstra Named ‘Great College to Work for”
Dr. Russell Burke on Terrapins on the JFK Tarmac