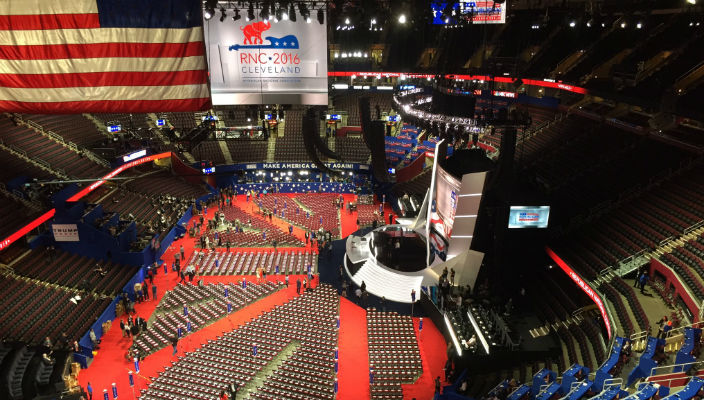 Student journalists from award-winning campus station WRHU Radio Hofstra University 88.7 FM at the Lawrence Herbert School of Communication will be reporting on site at the upcoming Republican and Democratic presidential conventions this month.

Four students will attend the conventions as members of the credentialed media, working alongside some of the most respected journalists in the world from major media outlets including ABC, CBS, NBC, CNN, Fox News Channel, The New York Times, USA Today and The Wall Street Journal.

“Our student journalists get to cover some of the most exciting and important news of the day at both of these political conventions,” said John Mullen, WRHU Director of Operations. “They will meet and interview many politicians and leaders from all over America. It’s an incredible opportunity for college students starting out their careers.”

The WRHU staffers will produce long form and short form reports and interviews, which will air on WRHU 88.7 FM and WRHU.org.  Convention coverage will air weekday mornings from 7-9 am during “Morning Wake Up Call,” weekday afternoons from 5:30-6 pm during “Newsline,” and weeknights at 8:00 pm during special convention programming.

The student attending the Republican National Convention in Cleveland, Ohio, from July 18-21, 2016 is: 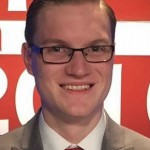 The students attending the Democratic National Convention in Philadelphia, Penn., from July 25-28, 2016 are: 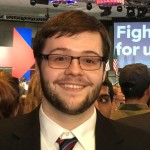 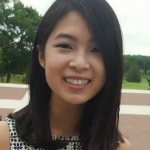 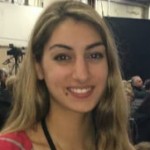 Juliana Spano, WRHU Programming Director of Talk and senior Rhetorical Studies major with a concentration in Political Communications from Smithtown, NY. Follow her on Twitter: @julianaspano

WRHU also sent student reporters to the Republican and Democratic National Conventions during the 2008 and 2012 election cycles, when Hofstra hosted back-to-back presidential debates on campus.

Check out a sampling of the students’ coverage during the RNC and DNC: