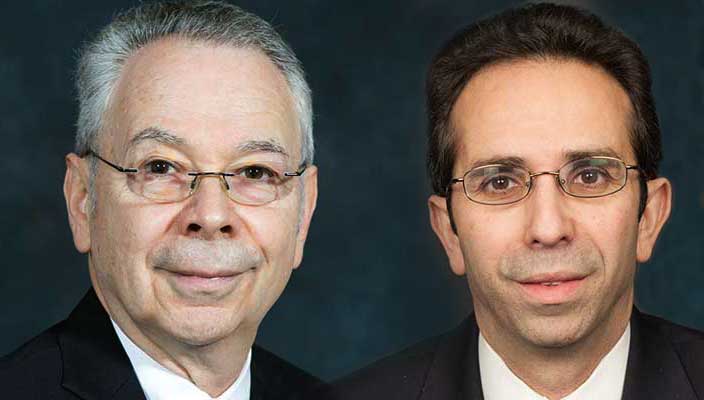 President Stuart Rabinowitz has announced that two veteran scholars and administrators will continue to lead Hofstra’s Frank G. Zarb School of Business and the School of Engineering and Applied Science (SEAS). Dr. Herman Berliner, who originally took over as dean of the Zarb School after retiring as provost in 2015, will remain in the post through the 2018-2019 academic year, while Dr. Sina Rabbany, who has served as the acting dean of SEAS since 2014, has been appointed dean of that school.

Dr. Berliner is in his 46th year at Hofstra University. He became provost in 1990, leading the academic units of the University for 25 years. Over the next three academic years, Dr. Berliner will lead the Zarb School through a period of tremendous institutional growth. In 2017 the University expects to break ground on a new building, which will house faculty offices, a new business incubator for the Center for Entrepreneurship, a market research/behavioral science lab, student study space, student club space and lounge space. The building will create an integrated home for Zarb students and faculty.

The Zarb School’s new dual degree program with Dongbei University of Finance and Economics has provided a unique opportunity for Zarb undergraduates to earn both a Hofstra BBA degree and a Dongbei BS degree simultaneously, as well as to experience a global internship in China. In addition, the Zarb School also has a student managed portfolio fund, a revised EMBA program, a more direct entry route for our most accomplished undergraduates to begin their MBA studies, a revitalized Executives in Residence program, a combined MBA/MS in Sustainability, as well as a strengthened graduate business career services office and graduate admissions office.

When Dr. Sina Rabbany was appointed acting dean of SEAS, he had been founding director of the Bioengineering Program at Hofstra and had already established a reputation as a prolific researcher, with more than 60 publications and patents, in the areas of cardiovascular dynamics, biosensors, vascular biology, and tissue engineering/regenerative medicine. His work is also noteworthy for the number of undergraduate researchers he has directed, many of whom have gone on to obtain PhDs/MDs.

Dr. Rabbany joined Hofstra in 1990 as an assistant professor of engineering to create the Hofstra Bioengineering Program, the first on Long Island. Dr. Rabbany has received funding from numerous organizations, including the National Cancer Institute, National Institutes of Health, and the Office of Naval research. He was selected to be a Fellow of the American Institute of Medical & Biological Engineering in 2012.

Since taking on his current post, Dr. Rabbany has seen undergraduate enrollment in SEAS grow from 538 in Fall 2014 to 625 in Fall 2015 and to an estimated 700 in Fall 2016. Graduate enrollment in computer science has also increased from 30 to 50 in the same period. The co-op program, launched in 2015, already boasts approximately 100 companies eager to hire SEAS students for extended full-time paid work experience.

SEAS’s Center for Innovation is bringing in contracts with local industries where faculty and students help solve technical problems. SEAS is initiating a relationship with local high schools to offer on-site engineering coursework taught by high school teachers trained and overseen by SEAS faculty, and gaining students Hofstra credit.  Currently, Dr. Rabbany is spearheading an ambitious agenda that aims to more than double the number of ABET-accredited programs in SEAS by the 2018-19 academic year. 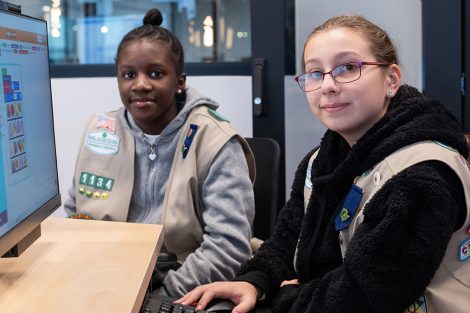