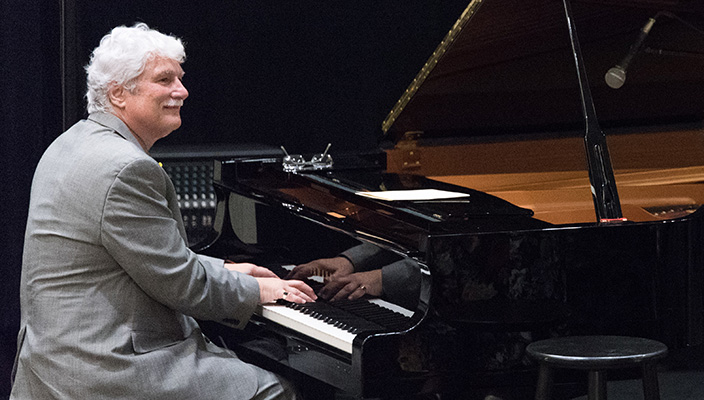 David Lalama, professor of music and director of the Hofstra Jazz Ensemble, was honored with a Lifetime Achievement Award at the 18th Annual Educators Awards and Scholarship Celebration held by the Association of Italian American Educators on May 1 at Chateau Briand in Westbury.

Professor Lalama has served on Hofstra’s faculty since 1984. He has performed and recorded with Woody Herman, Dizzy Gillespie, Woody Shaw, Stan Getz and numerous other jazz artists and performed at the JVC Jazz Festival with Anita O’Day at Town Hall and Carnegie Recital Hall with Cecil Bridgewater. He has also arranged for such artists as Buddy Rich, Mel Lewis, Woody Herman and the off-broadway musical, Satchmo.