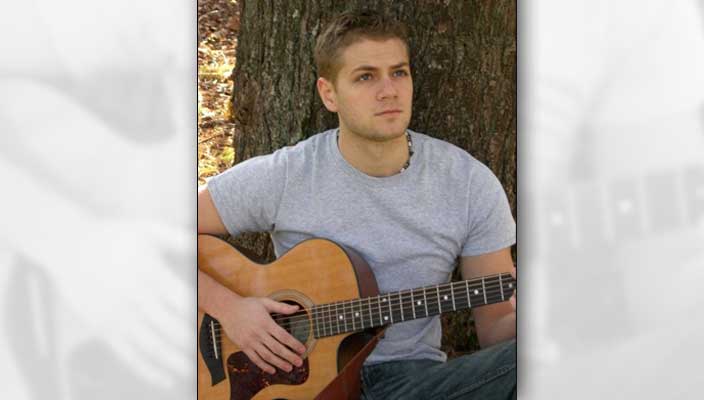 Clinical psychology doctoral candidate Steve Mazza has found harmony in his two passions: helping children and making music. Through his nonprofit organization, Play It Forward Music, Inc., Mazza has raised thousands of dollars for charities, such as St. Jude Children’s Hospital, and has recruited other artists to do the same. 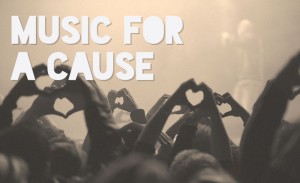 Here’s how it works: Mazza and fellow Play It Forward artists choose a 501(c)(3) nonprofit organization to support. The artists upload original music and audio projects onto PlayItForward.com, fans donate and download the projects, and 100 percent of the project revenue (fan donations) goes directly to the artist’s chosen charity. Artists and fans “play it forward” by sharing projects on social media to spread the word.

For Mazza, who works as a cognitive behavioral therapist at Hofstra’s Child and Parent Psychotherapy Services Clinic at the University’s Joan and Arnold Saltzman Community Services Center, as well as at Bellevue Hospital’s adolescent inpatient unit in Manhattan – both of which are externships for his doctoral training — helping artists raise money for charities became a priority in 2007. During his undergraduate studies at Skidmore College as an elementary education student, he spent a summer teaching and traveling to many impoverished areas of South Africa, “which provided serious perspective and a profound sense of responsibility,” he said. Simultaneously, he was working on a self-produced music album and realized he could use his album to raise money for an orphanage in South Africa.

“Over the course of the next five years, I raised over $23,000 for [the Makhulong Orphanage and SCOPE — Summer Camp Opportunities Provide an Edge],” he said. “I was drawn to SCOPE because summer camp was such a huge part of my own life.” Mazza was a camp counselor during summers in high school. “It’s hard to put into words how important the summer camp experience is to disadvantaged, inner-city children.”

Encouraged by how well this model worked for him, he considered how he could effect change on a larger scale. He graduated from Skidmore in 2007, and over the next three years recorded another charity album, moved to New York City, and “read as many ‘Nonprofits for Dummies’ books as I could get my hands on,” he quipped.

To date, Mazza has recruited 12 musical artists by reaching out to friends and acquaintances and e-mailing people he’s seen perform at venues and even in subway stations. And another artist found Mazza. Charlie Nadler, a New York City-based comedian who got his start performing at a youth center on Martha’s Vineyard, his hometown, wanted to give back. He had recorded his comedy act and was looking for a way to donate all revenue from its sale to the center. He told a friend, who happened to be a good friend of Mazza. Nadler learned about Play It Forward and hopped on board.

“Charlie wanted to sell a half-hour live recording of his stand-up act and donate all of the revenue to Alex’s Place, a YMCA charity that helped him get his start as a comedian,” Mazza said. “The typical digital distributers charge fees and take big cuts of the revenue. Additionally, to use services [like] iTunes, BandCamp and Spotify, the donations would first be entering his own bank account, which he didn’t want.”

Nadler does a lot of late night sets at Comic Strip Live on the Upper East Side of Manhattan, where Jerry Seinfeld and Eddie Murphy got their starts, but he’s never forgotten where he came from. 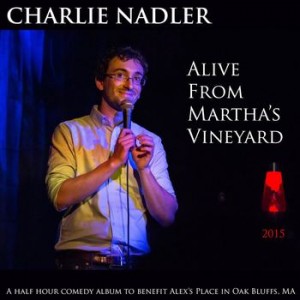 “Alex’s Place has been instrumental in the growth of my career,” he said. “It’s the first place that invited me to headline, which forced me to put together a lot of material and figure out what my act as a whole looked like, rather than these short showcase-length sets I was doing up until then. And now it’s become an annual tradition that I write a whole new show every summer. Without Alex’s Place I would not be the comic I am today and I really credit them a lot for getting me to a higher level.” 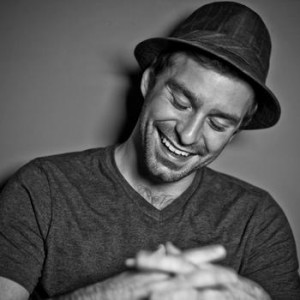 For New York City musician Nat Osborn, Play It Forward provides the perfect synergy. “Steve [Mazza] reached out to me and I was really intrigued,” he said. “I tend to write songs with social focus and this really felt like an opportunity to put my money where my mouth is and use my art to help make a difference. Steve was a massive help in helping me to choose a charity and to set up the page where people could donate.” Having recently lost a dear friend and fellow musician to Leukemia, Osborn donates his Play It Forward proceeds to the Leukemia Research Foundation.

As Mazza built up Play It Forward, his focus on working with children remained clear, but his career path took a slight turn. Complementing his bachelor’s degree in elementary education, he completed a master’s degree in developmental psychology at Columbia University, and he’s currently a fourth-year PhD candidate in Hofstra’s clinical psychology program.

“I’m passionate about helping children face their fears and navigate life’s challenges,” Mazza said about his work as a cognitive behavioral therapist. “I love working with kids in the context of psychotherapy, but I never stopped dreaming of making the world a better place using music,” Mazza said.

And that’s exactly what he’s doing. Mazza currently has two albums uploaded onto PlayItForward.com, the proceeds of which go directly to Save the Music Foundation and St. Jude Children’s Hospital. Adding to his philanthropy, Hofstra’s Department of Psychology recently awarded Mazza with the “Allison Kim Levy Continuing Acts of Kindness Endowed Memorial Award,” which recognizes two Hofstra students, faculty or staff on a yearly basis for “good works within the community.” The prize is $1,500, which he will donate to Play It Forward.