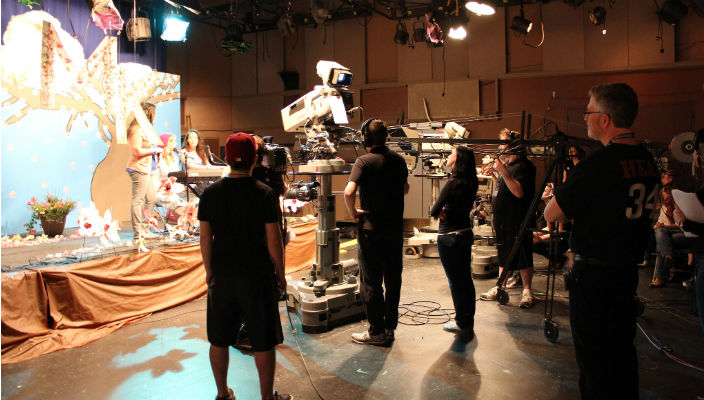 Senior students at the Lawrence Herbert School of Communication will air the 15th annual Friends of Max Kolb Telethon on Sunday, May 1, 2016 at 9 pm on maxkolbtelethon.com.  The 90-minute show, produced and directed exclusively by television students, has raised more than $65,000 for scholarships for Hofstra film students.

“Creating this year’s telethon has been an honor. I have put my all into this production and so has my team,” said producer Jenson Kassay ‘16, a BA in Television major.  “I can’t wait to see all of our hard work come to life both with the actual telethon, as well as the films which will be produced by those who benefit from the scholarships.”

The telethon and the Max Kolb Endowed Memorial Scholarship were created to honor Hofstra film student Max Kolb, who died in 2001. The first telethon was a collaboration between Max’s film and television classmates and Peter Gershon, PhD, associate professor in the Department of Radio, Television, Film and the telecast’s faculty adviser.  It originally aired with a number of minor acts, but has grown to include live musical performances, as well as interviews with student filmmakers and successful alumni in the media industry.

“The telethon is a highly-regarded Hofstra tradition that highlights the unique partnership between the film and television students as well as the passion all of them have for their respective crafts,” said Dr. Gershon.

Scholarship recipients may use the award to help offset production costs of their junior or senior films, which can reach upwards of $5,000. Funds raised since the scholarship’s inception have helped support more than 60 student filmmakers as they prepared to launch rewarding careers in the media industry.

For more information on the telethon or to pledge your support, please visit maxkolbtelethon.com.