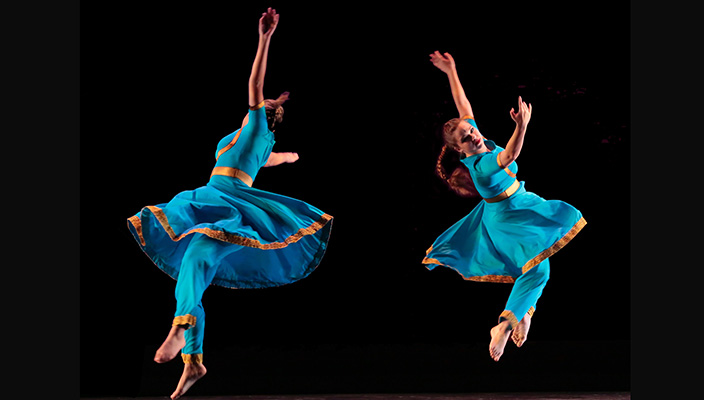 Hofstra University’s Dance Program will present its annual Spring Dance Concert, at the John Cranford Adams Playhouse, April 14-17, 2016. Show times are 8 p.m. Thursday and Friday; 2 and 8 p.m. on Saturday; and 2 p.m. on Sunday.

Tickets are $12; $10 for senior citizens (over 65) or matriculated, non-Hofstra students with I.D. Members of the Hofstra community may receive up to two free tickets upon presentation of a current HofstraCard. For tickets call the Hofstra Box Office at 516-463-6644 Monday-Friday, 11 a.m.-3:45 p.m. or purchase online at Hofstratickets.com. If available, tickets will also be sold at the door by cash or check only, starting 90 minutes prior to show time.

Curran’s career in dance and the performing arts spans 30 years and includes awards from the National Endowment for the Arts, New York Foundation for the Arts, the Jerome Robbins Foundation, the O’Donnell-Green Music and Dance Foundation, the New York Dance and Performance “Bessie” awards, and many others. His contemporary dance ensemble, Seán Curran Company, was founded in 1997 and has toured internationally to over 75 venues and presented home seasons at prestigious venues such as Brooklyn Academy of Music, the Joyce Theater, and Dance Theater Workshop. In addition to 28 original works for his own company, Curran is a sought-after choreographer and director for opera and theater. A graduate and faculty member of New York University’s Tisch School of the Arts, he currently serves as Chair of the Department of Dance.

Varone works in dance, theater, opera, film, and fashion. He has been honored with a Guggenheim Fellowship, an OBIE Award, two individual Bessie Awards, and a Doris Duke Artist Award. His New York City-based Doug Varone and Dancers has been commissioned and presented by leading international venues for nearly three decades. Varone has also created works for the Limón Company, Hubbard Street Dance Chicago, Rambert Dance Company (London), Martha Graham Dance Company, Batsheva Dance Company (Israel), Bern Ballet (Switzerland), among others. As an opera director/choreographer Varone has worked with The Metropolitan Opera, as well as companies across the United States and abroad. His numerous theater credits include choreography for Broadway, Off-Broadway and regional theaters.Varone and his company teach workshops and master classes both nationally and abroad and he is currently on the faculty at Purchase College. The Company’s 17th Summer Intensive will be held at Skidmore College this June.

About the dance pieces to be presented:

From The Ether With Instinct ~Guest choreographer Seán Curran writes: “When I turned 40, I looked back at what life was like when I was younger (in my 20s). I made this dance about the early 80s when I enjoyed dressing up and going out to night clubs in NYC to dance with my friends. My favorite band from this period was Young Marble Giants, who I discovered on WLIR, the NYC radio station for new wave and punk rock music. This piece looks at human behavior through eccentric social dance.”

Kindred ~ created in 1991 by Robin Becker, was inspired by Cynthia Moss’ book Elephant Memories that documents her 11 years of living in Africa studying elephants. The intelligence, the emotion, and most of all the profound lifelong relationships elephants form throughout their lives motivated the creation of this work. Professor Becker comments, “During the development of the dance, a colleague sent me an AP news article about an elephant family that rolled a wounded baby in sight of a forest ranger to appeal for his help. It was an amazing story that also influenced the structure of the dance.” The piece includes movement motifs inspired by devotional chants to the Hindu Elephant Deity called Ganesh, who is known as the remover of obstacles. The commissioned score was created by Tiyé Giraud, and the original costume design was by Eleo Pomare.

Through-bound ~ Choreographer Maxine Steinman has remounted “Through-bound” for the Hofstra dancers this semester. “I encountered the word ‘Through-bound’ on a poster depicting migrating birds, and although the work is not literal, there is a strong sensibility of migration, flocking, and movements that arc and soar.”

Carrugi ~ Guest choreographer Doug Varone has created a suite of dances for this performance drawn from his larger work, “Carrugi.” Set to selections from Mozart’s oratorio “La Beatulia Liberata,” “Carrugi” delves into the libretto’s themes of duplicity, heroism and myth making. The choreography loosely borrows imagery from the oratorio’s libretto and uses it as a springboard to explore the universal themes of humanity that are laced within the score’s action. The title “Carrugi” is taken from the Italian word for the narrow and often steep lanes that penetrate the heart of Italy’s Liguria region. Inspired by the patterns and energy of these labyrinths, the dance visually rises and falls against Mozart’s musical lines.

Trance-Form ~ Anita Feldman, is the choreographer of “Trance-Form,” a modern tap dance work with music created for the piece by Arthur Solari. It is influenced by characteristics of Kathak Dance, an ancient dance form from Northern India. Rather than the western musical structure of consistent measures, often of four beats, in Kathak there is a metrical cycle of a particular number of beats called a tala, upon which the dance is built, with divisions of the tala into 2’s and 3’s. The way the tala is divided can change mathematically. “Trance-Form”’s tala is 14. In addition to rhythmical play, the piece is about constant change. It is performed on and off The Tap Dance Instrument, a multi-pitched and multi-timbral tap dance floor designed in 1988 by Feldman and instrument builder Daniel Schmidt, with funding from the National Endowment for the Arts.

The Hofstra University Department of Drama and Dance provides its students with the opportunity to develop and hone their skills as performers, and deepen their appreciation for the arts.  The Dance Program offers two undergraduate degrees: a BA in Dance, and a BS in Education, Dance Education.