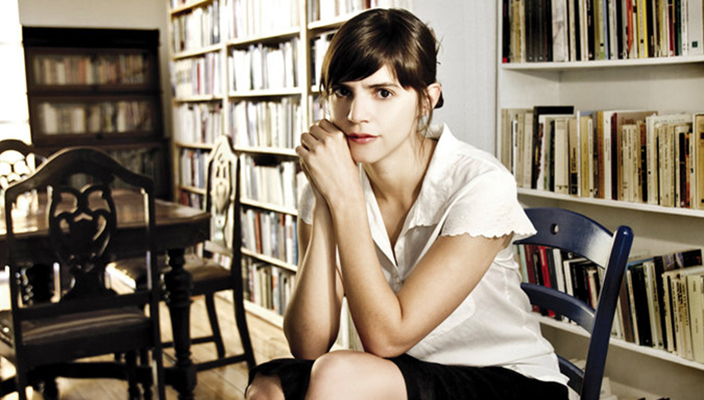 Valeria Luiselli, a faculty member in the Department of Romance Languages and Literature, has been awarded the Los Angeles Times Book Prize for a work of fiction for her second novel, The Story of My Teeth. Earlier this year, Luiselli was nominated for a National Book Critics Circle Award (NBCC) – and had the distinction of being the first author of Mexican heritage to receive this recognition for a work of fiction.

“We are extremely proud of Valeria Luiselli, who joined our faculty only this year,” said Dr. Bernard J. Firestone, dean of Hofstra College of Liberal Arts and Sciences. “She joins other talented members of our faculty in Spanish and in English to give Hofstra a unique presence and growing reputation in the field of creative writing.”

The Story of My Teeth follows the adventures of Highway, a legendary auctioneer, whose most precious possessions are the teeth of the ‘notorious infamous’ like Plato, Petrarch, and Virginia Woolf. After the publication of The Story of My Teeth, The New York Times praised her as “an exciting writer to watch, not only for this book, but also for the fresh approach she brings to fiction, one that invites participation and reaction, even skepticism — a living, breathing map.” The Story of My Teeth was praised as one of the best books of 2015, not only by the Times, but also by NPR, The Guardian, Publisher’s Weekly, Kirkus Reviews, BuzzFeed, Huffington Post, and the San Francisco Chronicle.

In a previous interview for News@Hofstra, Luiselli said that when students ask for her guidance on their own writing, she says, “I am careful because what works for one person may not work for someone else. I prefer to give less prescriptive and intrusive advice.

Dr. Gail Simmons, Hofstra’s Provost and Senior Vice President for Academic Affairs, praised Luiselli’s talent as an instructor and mentor. “Professor Luiselli is an outstanding example of the kind of engaged faculty Hofstra students can expect — nationally recognized and deeply involved with students.”