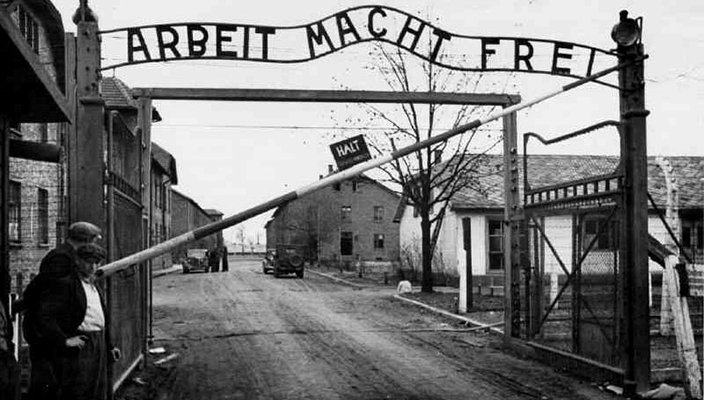 This spring Hofstra University’s Issues in Judaism series, featuring a documentary screening and two lectures, focuses on the theme: New Perspectives on the Holocaust: Roman Gold, the Vatican and Soviet Jewish Women. Tickets to each event are $8, $7 for senior citizens, $5 for matriculating non-Hofstra students with ID. Tickets to the entire series are available for $20, $18 for senior citizens. Members of the Hofstra community may receive up to two free tickets to each event in the series upon presentation of a current HofstraCard.

All events in this series take place at the Guthart Cultural Center Theater, Axinn Library, First Floor, South Campus. More information may be found online at hofstra.edu/culture or by calling the Hofstra Cultural Center at 516-463-5669.

The schedule for the series is as follows:

This documentary tells the story of a Roman Jewish community that, two and a half weeks into the German occupation of Rome, September 8, 1943-June 4, 1944, was ordered by SS Colonel Herbert Kappler to produce 50 kilos of gold within 36 hours, or he would deport 200 Jewish heads of family. Over a feverish day and a half, this already poor, working class community managed to come up with the 50 kilos of gold in order to save one another. Oro Macht Frei reveals the sad delusion of a community that – believing they had paid their ransom and would be left alone – did not go into hiding.

A spate of new books and scholarship has reopened the debate on the role of Pope Pius XII and the Vatican as the Holocaust unfolded in Italy. This lecture examines the historical context of anti-Semitism in Italy, the rise of fascism, internment camps, the anti-fascist Jewish resistance and the Holocaust in the shadow of the Vatican.

Tuesday, May 3, 7 p.m. ~ Through the Eyes of Soviet Jewish Women: The Holocaust in the Soviet Union

Drawing on primary and secondary sources, Professor Bemporad will bring to life the voices and experiences of Soviet Jewish women in the context of the Holocaust during the German invasion of the Soviet Union.