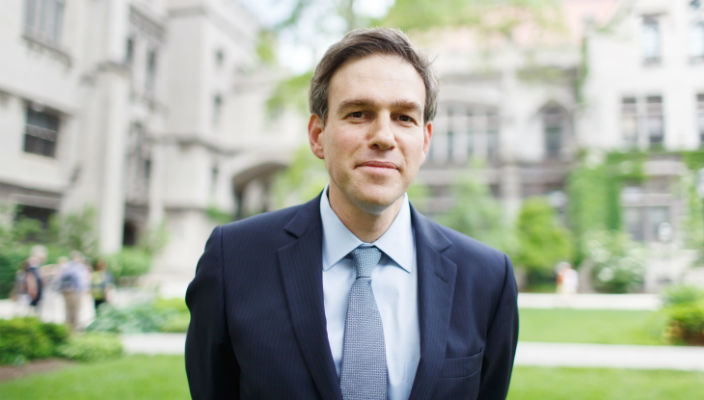 Karla Schuster
Hofstra University’s 2016 Sutherland lecture will feature Pulitzer Prize-winning journalist Bret Stephens, a foreign affairs columnist and deputy editorial page editor at the Wall Street Journal. The lecture, “What is US Foreign Policy Today, and What Should it Be?”,  will be held Wednesday, March 2 at 11:15 a.m. in the Leo A. Guthart, Cultural Center Theater, Axinn Library, South Campus.
Stephens, is a former editor-in-chief of the Jerusalem Post and writes the Journal’s Global View column, which won a Pulitzer for distinguished commentary in 2013. He has reported stories from around the world, including Burma, Pakistan, Afghanistan, Iraq, Lebanon and Gaza, and interviewed many world leaders.
His first book, “America in Retreat: The New Isolationism and the Coming Global Disorder” was published in November 2014.
“Bret Stephens is a sharp, smart, singular voice whose powerful critique of America’s foreign policy elevates the debate, whether you agree with his worldview or not,” said Dr. Richard Himelfarb, PhD, a professor of political science and an organizer of the event.
The event is free and open to the public, but registration is suggested.
The 2015 Donald J. Sutherland Lecture, named for the late trustee who endowed the annual event. The lecture is sponsored by Hofstra College of Liberal Arts and Sciences, the Department of Political Science and the Peter S. Kalikow Center for the Study of the American Presidency.
TagsSutherland Lecture