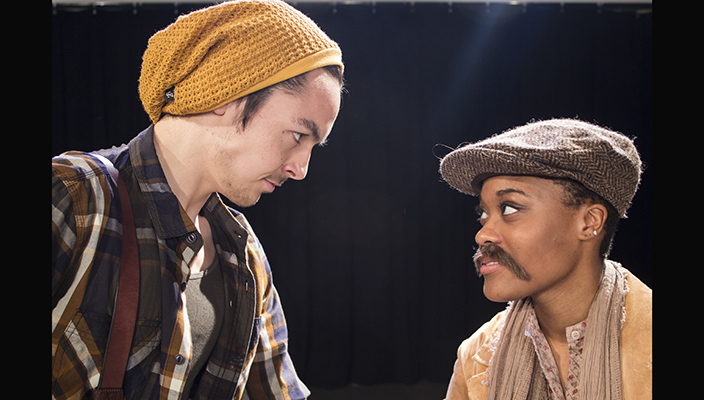 The headline production of Hofstra University’s 67th Annual Shakespeare Festival is As You Like It, one of theater’s greatest comedies in which “All the world’s a stage/And all the men and women merely players.” Performances are February 18-28, 2016, at the Black Box Theater, New Academic Building. This is the first time in the history of the Festival that the Main Stage production has not been performed at the John Cranford Adams Playhouse – the reason being the construction of a brand new Hofstra Globe Stage, scheduled to open next year.

Set mostly in the Forest of Arden and featuring Rosalind, one of his greatest female heroines, Shakespeare explores the human and social condition, in which actors and audience alike seek true love and make attempts to learn the roles that will help them most to succeed. This production of As You Like It is directed by Hofstra drama professor and ’92 alumna Kara-Lynn Vaeni. 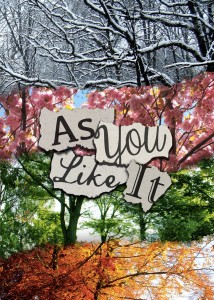 Tickets are $12, $10 for senior citizens and matriculated non-Hofstra students with ID. Members of the Hofstra community may receive up to two free tickets upon presentation of a current HofstraCard. Tickets are available at HofstraTickets.com or at the Hofstra Box Office, Monday-Friday, 11 a.m.-3:45 p.m., at 516-463-6644. Tickets will also be sold at the door by cash or check only; the Box Office opens 90 minutes prior to show time.

Each Hofstra Shakespeare Festival comprises multiple productions: a full-length Shakespearean play, a shorter dramatic piece, and the “Festival Musicale,” a concert by the Hofstra Collegium Musicum, an ensemble from the Music Department devoted to the performance of Elizabethan music. This year’s Festival Musicale, Love Is Merely a Madness, directed by Christopher Morrongiello, features songs from Shakespeare’s Time on the Most Vexing of All Maladies.

The companion play is The Play’s the Thing a one-hour version of Hamlet, an excellent introduction to the works of William Shakespeare, suitable for young theatergoers. This is the ninth year that a one-hour adaptation of a Shakespearean work has been performed as part of the Festival. In this brief version of Hamlet, adapted by Maureen Connolly McFeely and directed by Professor Jean Dobie Giebel, the Dane comes home from school to attend his father’s funeral and finds his mother is about to marry his uncle, his girlfriend’s dad says she has to break up with him, and worst of all, he’s seeing ghosts.

The Play’s the Thing will have a special performance on Thursday, February 25, at 8 p.m. Love Is Merely a Madness and The Play’s the Thing will be performed together on Saturday, February 27, 2 p.m. The location for both dates is The Helene Fortunoff Theater at Monroe Lecture Center, South Campus.  Tickets are $6. Members of the Hofstra community receive up to two free tickets upon presentation of a current HofstraCard. 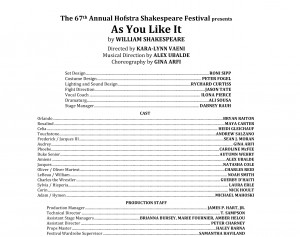