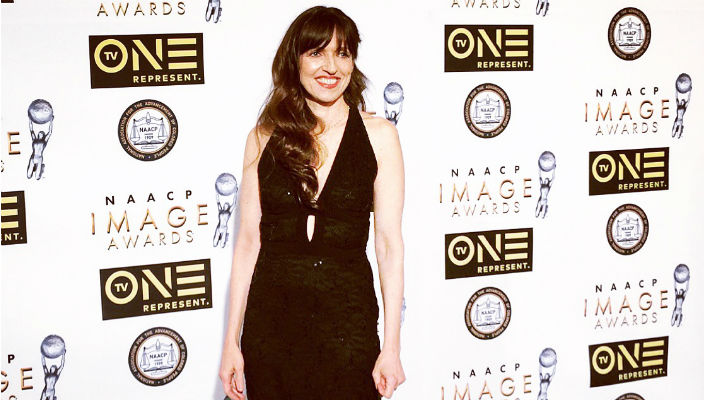 The film, produced by Walt Disney Pictures and starring Kevin Costner, is based on the true story of an underdog high school cross-county team that wins a state championship.  Gilois and co-screenwriter Christopher Cleveland were on hand to receive the honor during the 24th annual award ceremony in Hollywood this month.

Gilois was also recognized with two NAACP Image Award nominations this year: one for outstanding writing for a feature movie (McFarland USA), and another for outstanding writing for a TV movie, HBO’s Bessie.   She was also nominated for Emmy and Black Reel awards for her writing on the movie, about legendary blues singer Bessie Smith (played by Queen Latifah, who won NAACP and Screen Actors Guild awards for best actress).

The accolades add to an already impressive resume; in a 20+ year award-winning career as a screenwriter in Hollywood, Gilois has worked with notable artists and producers such as Jerry Bruckheimer, Martin Campbell, Norman Jewison, Joel Surnow, Niki Caro, James Coburn, and Christian Bale.

Her other films include Bruckheimer’s Glory Road and The Mists of Avalon with Anjelica Huston.  In addition to writing screenplays, Gilois has authored several books. Three of her book projects are being made into movies. She also writes for the Huffington Post in the Arts and Culture section.