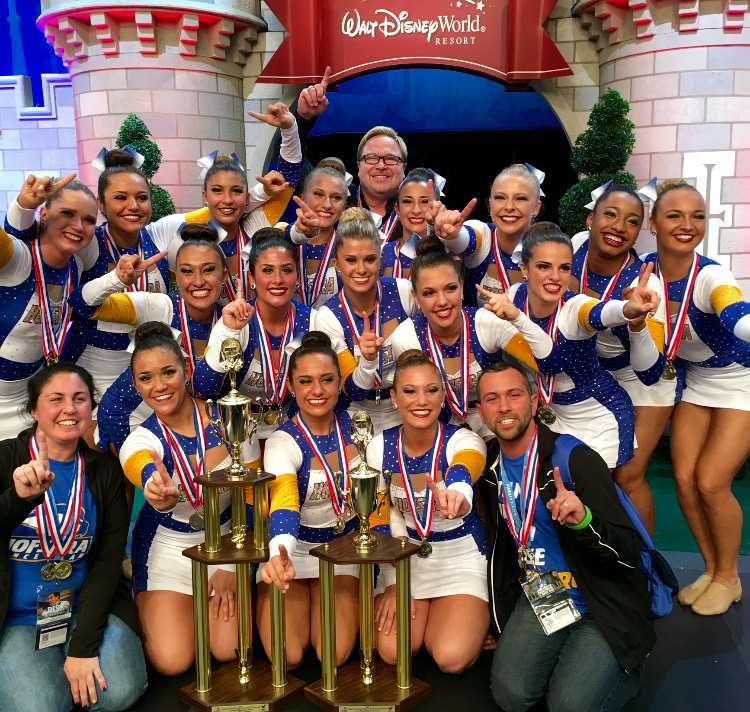 The Hofstra University Dance Team has been selected to represent Team USA in the International World Dance Competition. The team will be wearing red, white, and blue with Hofstra pride as they compete in Freestyle Pom April 20th – 23rd at the ESPN Wide World of Sports in Disney against 18 teams from around the world including: Japan, Finland, Australia, Germany, Poland, China, Scotland, Mexico and Switzerland.

“It is such an incredible honor to be chosen for something of this prestige,” said team captain Danielle Bradle. “It truly shows you how much hard work, dedication, and sacrifice really pays off. We are ecstatic and privileged to be representing our country by doing something that we love so much.”

Hofstra’s Dance Team has been nationally ranked for over 20 years, and won national championships in 2006, 2012, 2013 and 2016. The team has ranked in the top ten for 19 of those years, the top five for 17 of those years, and the top three for 10 of those year. They are currently ranked second in the nation in Jazz and first in Pom, and are World Champions in the Doubles Pom and Team Pom division. The team is ranked number one among colleges on Long Island.