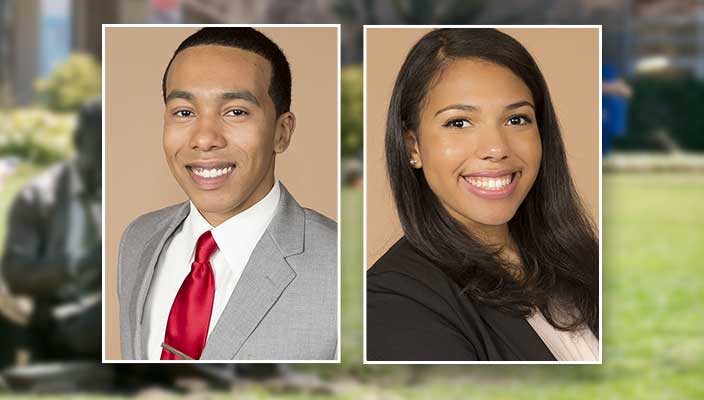 Pineda, last year’s recipient of the Rising Apprentice scholarship, is the first student from the Lawrence Herbert School of Communication to be accepted into the apprentice program, which promotes a diverse workforce in television journalism.  During the one-year stint, Pineda will continue his current position as a full-time production assistant, with competitive salary and benefits, on affiliate news service Fox News Edge.

He will also meet monthly with a dedicated mentor, attend development meetings and networking events with company executives and on-air talent, and have a private lunch with Fox News Chairman and CEO Roger Ailes.

Pineda earned a Bachelor of Arts in journalism from Hofstra in 2015, and will complete a Master’s degree this May as part of a BA/MA dual-degree program.  As the Ailes Rising Apprentice scholarship winner last year, he completed a summer internship in Fox News’ documentary unit, and had previously interned at News 12 Long Island and at WROC-TV in his hometown, Rochester, NY.

“I’m honored to join the Ailes Apprentice family,” said Pineda. “I’m incredibly lucky to be granted such an amazing and exclusive opportunity, and I look forward to what the next year will bring.”

This year’s scholarship recipient, Brionna Rivers, a journalism major from Freeport, NY who will graduate in December 2016, was awarded $10,000 in tuition remission and will have a paid summer internship with Fox News Channel in New York City.

“This is a great learning opportunity, and I know it will open a lot of doors for me,” she said.

Rivers, the co-president of the Hofstra University Association of Black Journalists, works as a student journalist on campus radio station, WRHU, and TV news program, “Hofstra Today.”  She has interned for syndicated radio show “The Spin,” and is currently an intern at radio media company Emmis Communications.  In addition, she serves as vice president of the Kappa Phi chapter of the Alpha Kappa Alpha Sorority, Inc.

Both Pineda and Rivers were recognized at a graduation ceremony for current apprentices at Fox News headquarters in New York City.