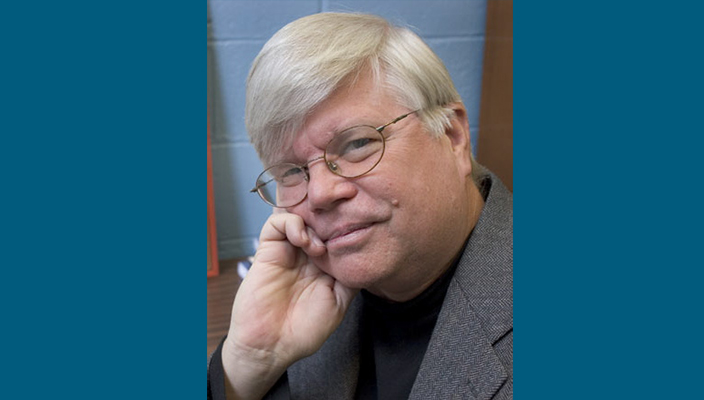 Professor Emeritus of English John Bryant received the Distinguished Editor Award at the Annual Meeting of the Modern Language Association (MLA) in Austin, TX, on January 9. The award is given by the Council of Editors of Learned Journals (CELJ).

In the presentation of the award, Dr. Bryant, one of the world’s foremost experts on Herman Melville, was cited for his service to the International Melville Society and as founder and editor of its official journal, Leviathan: “His journal editing work captures everything this award was intended to honor. … John Bryant is an editor who has distinguished himself by creating and leading for 15 years a top-quality journal on a major literary figure and by deepening our understanding through a range of activities and writings, of the crucial links among editing, literary interpretation, and the writing process.”

Dr. Bryant, who joined the Hofstra faculty in 1986, retired at the end of the fall 2015 semester. During his time at Hofstra, he had been awarded prestigious Fulbright and National Endowment for the Humanities (NEH) grants. The NEH grants provided funding for Dr. Bryant’s work on the Melville Electronic Library (MEL.hofstra.edu), a searchable collection of interlinked versions of Herman Melville’s manuscripts, print texts, sources, art work and other research and secondary materials that make up a virtual literary “playground” for scholars, critics, students, and general readers.

Click below to read the presentation of Dr. Bryant’s award: 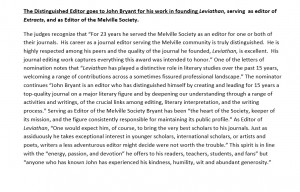