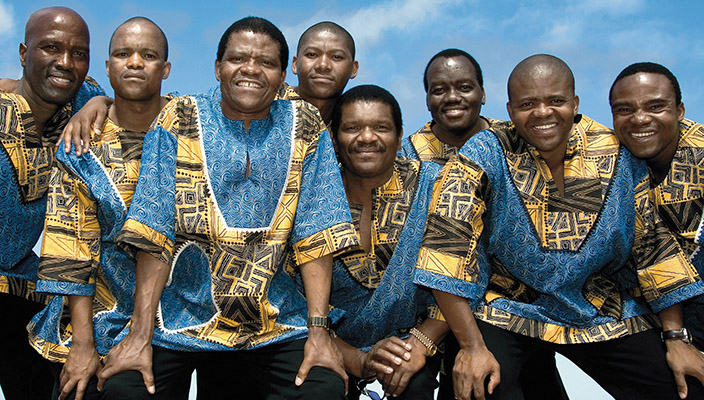 This year’s concert explores music that has inspired, motivated and brought together individuals to fight injustice, to rally around a cause or to demand a better life. From enslaved Africans’ cries for freedom to the struggles for civil rights in the Americas and in Apartheid South Africa; from workers’ demands for better wages and conditions to immigrants’ longing for economic and social justice; from these silenced souls pour forth SONGS and these shackled bodies erupt into DANCE. This concert celebrates their voices.

Founded by Joseph Shabalala over 50 years ago from a group of factory workers, Ladysmith Black Mambazo first conquered the South African musical scene, and then erupted onto the world stage when they were featured on Paul Simon’s 1986 Graceland album. As pioneers in the world music movement, Ladysmith Black Mambazo embodies the spirit of music rising from humble origins to touch a worldwide audience. 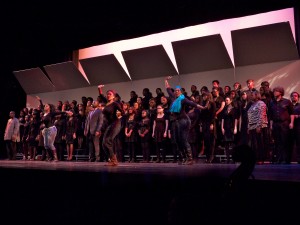 Hofstra Music Department ensembles — the Chamber Singers, the Symphony Orchestra and smaller jazz groups — will join student dancers, the Hofstra poetry club SP!T and the Hempstead High School Select Ensemble to anchor this year’s concert.  Hofstra student actor Tunisia Seda will guide the audience through a historical narrative of protest music from around the world. The concert opens with a range of choral music, from traditional spirituals to protest songs from Latin America and South Africa. Soloists will present a group of songs by popular Jazz artists inspired by the civil rights movement, including Billie Holliday’s moving “Strange Fruit” and Nina Simone’s “Revolution.” The second half will turn to present day protests as SP!T, a Hofstra student poetry club that seeks to inspire and advocate awareness through verbal expression, dedicates a special tribute to the Black Lives Matter movement.

Tickets are $12 general admission, $10 senior citizen (over 65) or matriculated non-Hofstra student with ID. Students under 16 receive one free ticket. Group rates are available. Members of the Hofstra community receive two free tickets upon presentation of a current HofstraCard. For tickets and more information, visit HofstraTickets.com or call the Hofstra Box Office at (516) 463-6644, Monday through Friday, 11 a.m.-3:45 p.m.

This concert is sponsored by the Hofstra Cultural Center and the Hofstra Music Department, and funded in part by the D’Addario Community Music Appreciation Initiative, a multi-faceted program designed to increase knowledge and appreciation for all types of music among a broad range of young people.