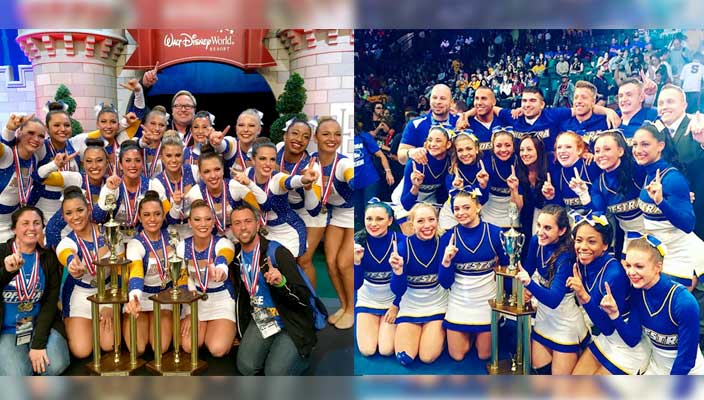 Cheer’s national title came in the Division I – Small Coed category. They also won the World Championship, as well, making this the team’s fourth World win.

“This year the team faced many obstacles including injuries and replacing key players. As their coach, I am proud of the team for facing these challenges and not giving up on their dreams to reach for the gold. Our motto this year was that the name on the front of the “jersey” is a lot more important than the name on the back. The athletes take pride in knowing that they play for the top Cheerleading team in the nation. They play for HOFSTRA!” -Christine A. Farina, Head Coach for Hofstra University Cheer Team

“From the moment last season ended, we adopted the quote “Whatever It Takes” to describe our 2015-2016 season.  The team worked endless hours, had workouts, ballet classes, technique classes, long practices…all while remaining a family.  I am proud of what everyone has accomplished. This team is well deserving of the 2016 National Title! -Kelly Olsen-Leon, Head Coach for Hofstra University Dance Team