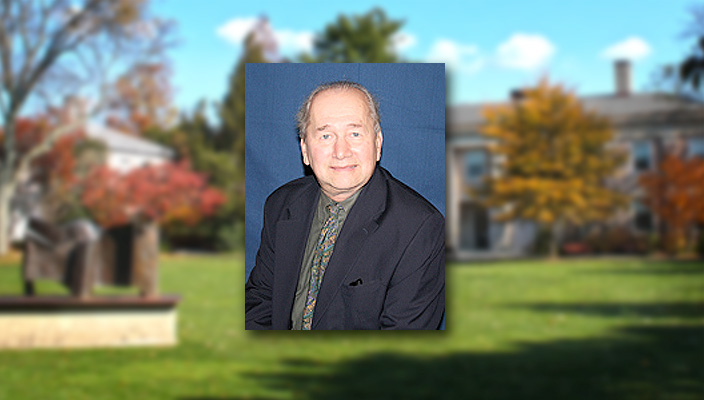 Hofstra University mourns the passing of Dr. Richard O’Brien, a longtime psychology professor known for his sharp wit, strong opinions and dedication to students. He died Dec. 17, 2015 of cancer.

Dr. O’Brien, who lived in Amityville, joined the Hofstra faculty in 1977. He made his mark as a teacher and colleague who loved a good argument, challenged convention and pursued his work and hobbies with equal zeal.

“He was fun-loving and passionate and a taskmaster – it was a wonderful combination for setting a tone for a doctoral program,” said Dr. Joseph Scardapane, executive director of Hofstra’s Saltzman Community Services Center and one of O’Brien’s early doctoral students in Hofstra’s clinical psychology program. “We often had professional disagreements about psychology and we would debate and butt heads, but at the end of the day we shook hands as colleagues and friends.”

Many of O’Brien’s colleagues, friends and former students have posted memories on his Facebook page. Among them is Dr. Mitchell Schare, professor of psychology and director of Hofstra’s Phobia and Trauma Clinic.

“His tenacity has always been a strength and his enjoyment of the fight was always wonderment to behold,” Schare wrote. “He so loved the students he taught and mentored. I will miss him so. He was a great friend and confidant of mine, for which I am grateful.”

A native of Union, New Jersey, O’Brien earned his bachelor’s degree from Franklin College in Indiana, and his master’s and doctoral degrees from West Virginia University. He spent six years as an assistant professor of psychology at Lycoming College in Pennsylvania before coming to Hofstra. During his time at Hofstra, he served as an executive officer of the Hofstra chapter of the American Association of University Professors (AAUP), and was chair of the Institutional Review Board, which reviews and regulates faculty research.

“He gave many years of devoted service to Hofstra,” said Dr. Bernard Firestone, dean of Hofstra College of Liberal Arts and Sciences. “His students loved him, and he will be missed.”

At mid-year commencement over the weekend, the PhD candidates in clinical psychology paid a puckish, personal tribute to O’Brien, who was rarely seen without a Coke in his hand. When they were called to the stage for the doctoral hooding ceremony, the group stood up, raised cans of Coke aloft and toasted their mentor.

“It moved me to tears,” Scardapane said. “He would have loved it.”

Later, assistant professor of psychology Phyllis Orr posted a picture of the students on O’Brien’s Facebook page, still clad in their caps and gowns, holding cans of Coke. The caption reads: “This one’s for you, Richard O’Brien.”

A Hofstra memorial service for O’Brien is planned for the Spring.  Contributions to the Jimmy V. Foundation would be appreciated.