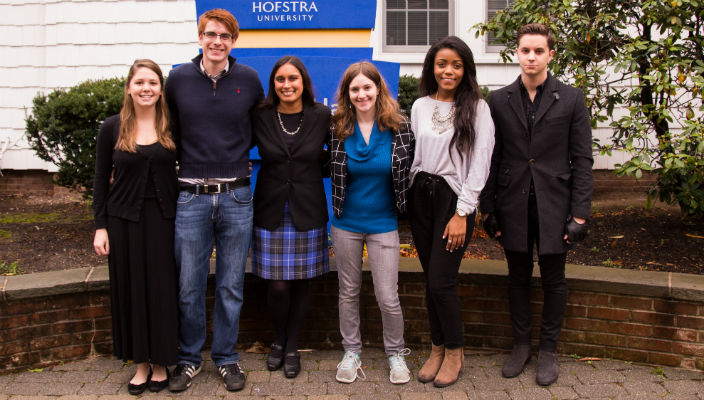 Five students with outstanding academic records and an interest in political science have been chosen to participate in a prestigious January seminar on the 2016 presidential race at The Washington Center.

This is the fourth year that Hofstra has sent students to the Washington Center January seminar, thanks in part to scholarships provided by Scott Rechler, chief executive officer of RXR Realty. Dr. Meena Bose, PhD, director of Hofstra’s Peter S. Kalikow Center for the Study of the American Presidency,  will be faculty director for the first week of the seminar.

The seminar is called “Inside Washington 2016: In Pursuit of the Presidency” and runs from Jan. 3-16. The Washington Center is a non-profit organization that hosts seminars and other courses about American politics and governance for more than 30 years.

During the first week of the seminar, students will examine and discuss the mechanics and public policy issues of the 2016 campaign, including candidates, primary and electoral strategy, and the nomination process. The second week will address national media coverage of the election and the impact of new media on the campaigns, particularly how candidates use social media to bypass traditional news channels and communicate directly with audiences.

The Washington Center is a non-profit organization that hosts seminars and other courses about American politics and governance for more than 30 years.

Prof. Emeritus Michael D’Innocenzo: “We Are Often Prisoners of the Present”
Dr. Stanislao Pugliese ~ Sinatra Was the Original Teen Heartthrob