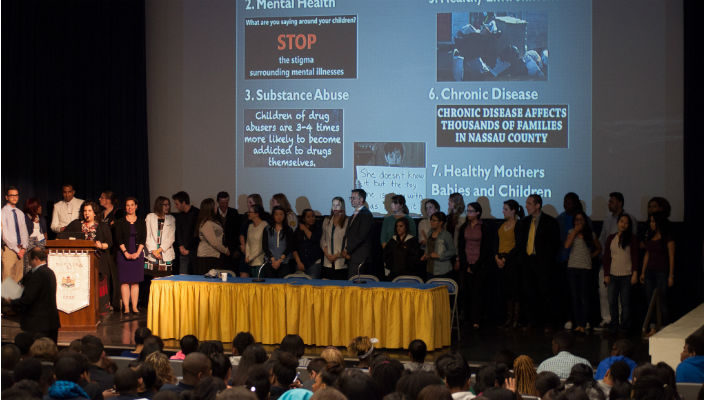 Undergraduate and graduate students of all majors are invited to sign up for the third  annual Interdisciplinary Student Competition, which will award cash prizes to teams that create the best video about a major health issue on Long Island.

Participants will work in eight teams of up to five students to create a three-minute video addressing one of the following topics:  early and middle childhood, LGBT (lesbian, gay, bisexual, and transgender) health, injury and violence prevention, mental health and mental disorders, nutrition and weight status, oral health, preparedness, and sleep health. These issues are included among the goals of Healthy People 2020, an initiative by the federal government aimed at improving the health of all Americans.

“We are very interested in receiving applications from students in non-health as well as health areas  since society’s most complicated challenges require multi-disciplinary solutions,” said Corinne Kyriacou, PhD, director of the Master of Public Health program, which is spearheading the competition.

The application deadline has been extended to Thursday, Jan. 28, 2016, and those accepted will be notified by Monday, Feb. 1, 2016.   A faculty committee will construct each team, and students will work on their videos during the spring semester.  Judging will be held on April 7, 2016.

The competition is part of Hofstra’s National Public Health Week event series, which is held every April.  The inaugural competition in 2014 produced five teams of students from 11 disciplines — including economics, law, health science, and philosophy – who spent several months researching and creating proposals to reduce obesity rates among children in nearby Roosevelt, Long Island.   The first-place team won for its idea of an after-school program that would incorporate nutrition workshops, physical exercise, and civic engagement activities where Roosevelt teens would interact with college students.  At the 2015 event (pictured above), the winning video dealt with the consequences of infectious disease.

The competition is co-sponsored by the MPH Program, the School of Health Professions and Human Services, and the National Center for Suburban Studies at Hofstra University. 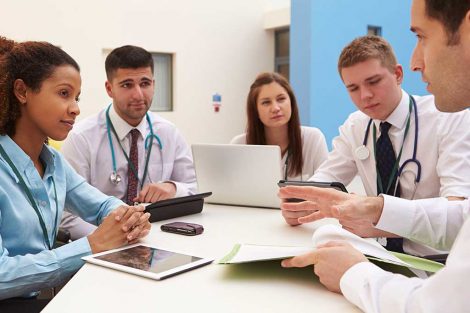 What Can I Do with a Degree in Health Informatics?