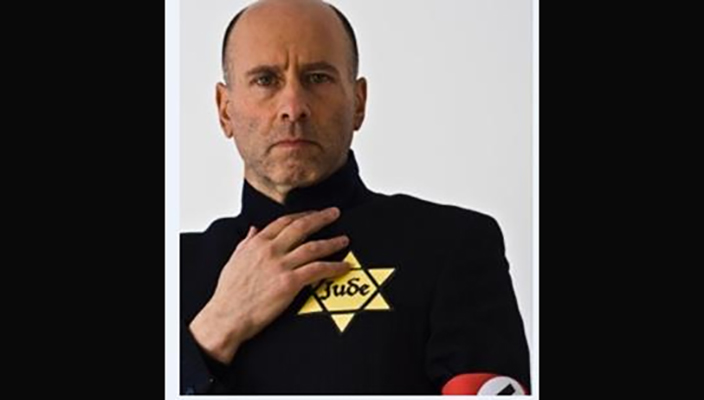 The Mitzvah Project, presented by the Hofstra Cultural Center and the Department of Drama and Dance on Tuesday, November 17, at 4:30 p.m., focuses on one of the less talked about but more shocking aspects of World War II – the story of German soldiers descended from one or more Jewish grandparents. Tens of thousands of these “mischlinge” (half breeds) were discharged from the German military and sent to forced labor camps or killed. A small percentage were exempted from Nazi race laws because of their Aryan appearance and permitted to fight for Hitler, though most died in battle.

The Hofstra performance of The Mitzvah Project is free and open to the public. Location is The Helene Fortunoff Theater, Monroe Lecture Center, California Avenue, on Hofstra’s South Campus. For more information call the Hofstra Cultural Center at 516-463-5669.

This theatrical experience, which is also part lecture and part conversation, stars actor/writer Roger Grunwald, son of an Auschwitz survivor. With co-writer and director Annie McGreevey, Grunwald tells the story of Christoph Rosenberg, a German “mischlinge” and raises many socio/cultural/historical issues.

According to Grunwald’s website, The Mitzvah Project represents his promise to use the theater and its capacity to touch people with the historical necessity of keeping the lessons of the Holocaust alive. The Mitzvah Project has been featured in The New York Times, The Star Ledger and The Jewish Voice. As its creator, Grunwald has been honored with a grant from the New York Foundation for the Arts (NYFA).