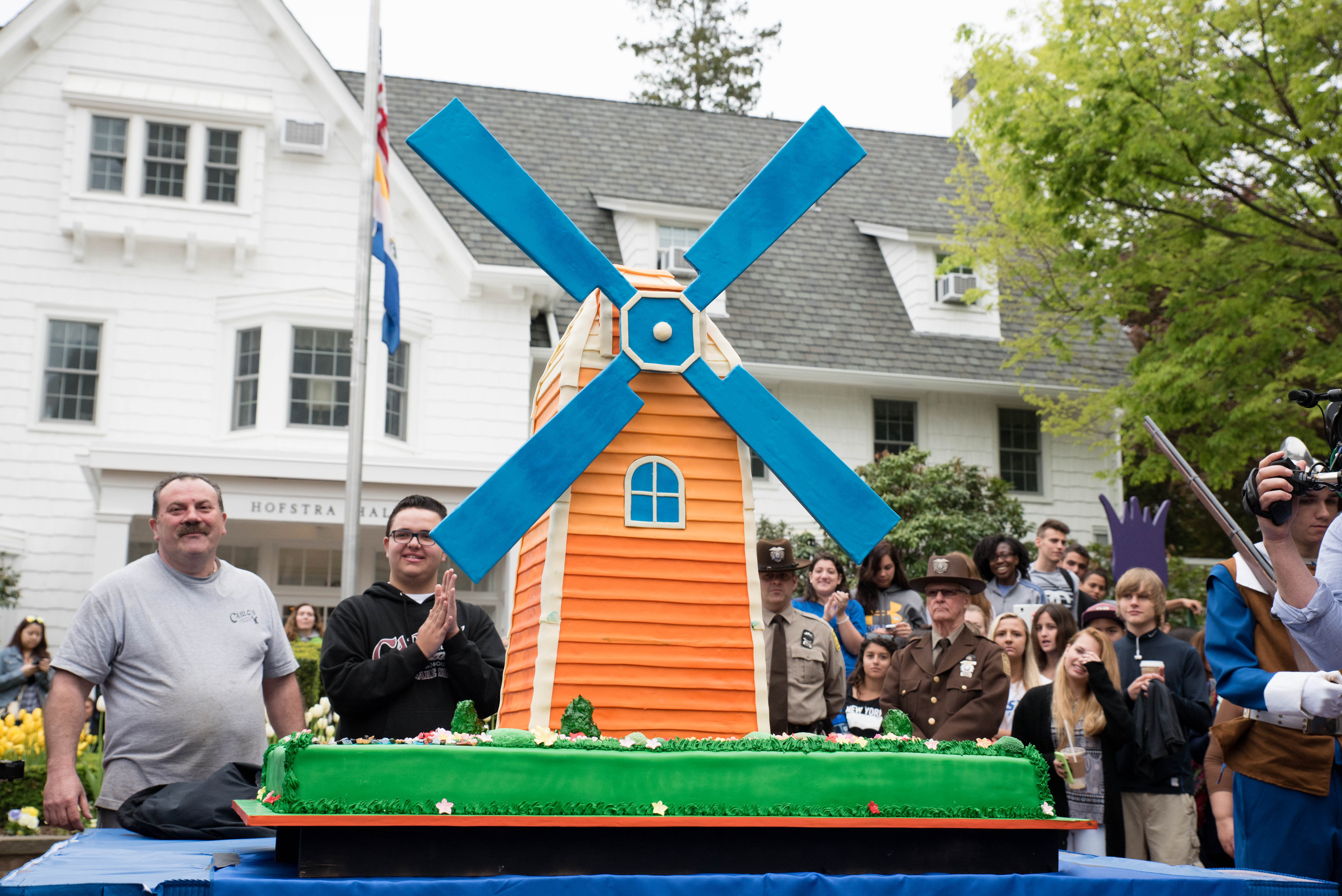 TLC’s Cake Boss brought the Hofstra windmill to life on Saturday, May 9, 2015 when Carlo’s Bakery whipped up one of its trademark confections – a giant, motorized cake – for Hofstra’s 32nd Annual Dutch Family Festival. The episode of Cake Boss, featuring the Hofstra windmill cake, is scheduled to air on Tuesday, November 17, 2015 at 9 p.m.

The Hofstra University Dutch Festival is a longstanding Long Island favorite with family activities and community services including staples such as the annual tulip display. The Hofstra community received a sweet surprise at this year’s Festival when Cake Boss’ Mauro Castano revealed the 3 ½ by 5-foot windmill cake in front of Hofstra Hall on the South Campus back in May. The presentation of the giant cake shaped like a windmill, a symbol of Nassau County’s Dutch heritage, was filmed for the television show. The cake was later enjoyed by students and campus community members who attended the Festival.