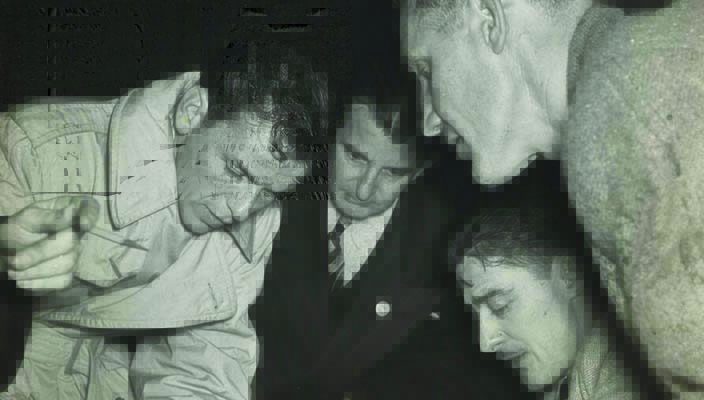 The Hofstra Cultural Center and the Departments of History and Music  begin their multi-day celebration of Frank Sinatra’s 100th birthday tonight, November 10, at 7 p.m. with legendary writers Gay Talese (Frank Sinatra Has a Cold and Other Essays) and Pete Hamill (Why Sinatra Matters) discussing “Sinatra As American Icon.” For more information or to register, go to hofstra.edu/sinatra  or call the Hofstra Cultural Center 516-463-5669.

Many sessions are preceded by The Sinatra Future, selected Hofstra vocal students performing selections from The Great American Songbook. Also this week:

Wednesday, November 11, 5 p.m. Bassist Jerry Bruno, who played and toured with Sinatra, will be interviewed by John Bohannon, host of WRHU-FM’s The Jazz Café and former correspondent for ABC, NBC and CBS Radio. Bruno has been designated Hofstra’s D’Addario Foundation Visiting Artist.

Thursday, November 12, 4 p.m. Sinatra was a champion of civil rights and a staunch supporter of Israel. A roundtable, “Racism, Civil Rights and Israel,” features Greg Dunmore, founding member of the National Association of Black Journalists; Shalom L. Goldman, professor of religion from Middlebury College, and Hofstra’s own Stanislao Pugliese, professor of history and the Queensboro UNICO Distinguished Professor of Italian American Studies. Also on the program is a screening of 1945’s The House I Live In, a 10-minute short opposing anti-Semitism, directed by Mervyn LeRoy and starring Sinatra. The film received an Honorary Academy Award in 1946.

Photo credit: Frank Sinatra and fans at Hoboken City Hall, 1947. From the Collection of the Hoboken Historical Museum.