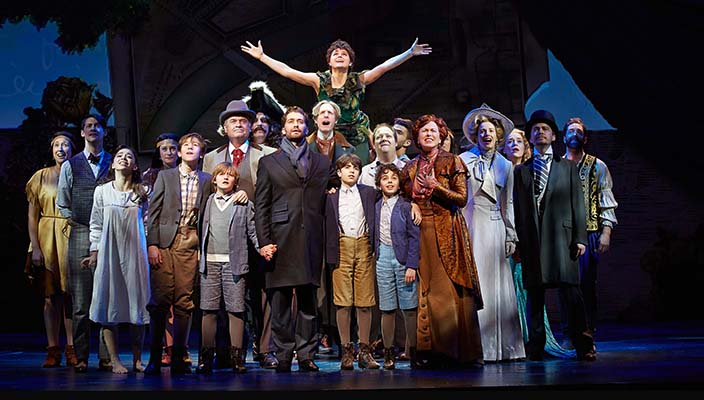 Matthew Tiberi ’11, a vacation swing for the hit Broadway musical Finding Neverland, initially didn’t think he had enough talent to be a dance major at Hofstra. But after only a month into his freshman year, now-retired dance professor Lance Westergard recognized his talent and offered him a scholarship to reconsider. The rest is history.

As a vacation swing for Finding Neverland (a role he shares with fellow Hofstra alum Robert Anthony Jones ’96), Matthew is on call to fill in for cast members who miss one or more performances due to vacation or illness. While he enjoys the prestige that comes with being involved with the musical, Matthew also appreciates that being a swing gives him the time and freedom to audition and work on other projects. He expects to rejoin the musical during the holiday season. 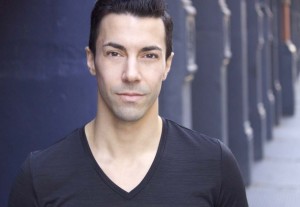 Matthew, a New Jersey native, says his experience at Hofstra was good preparation for the professional audition process. “Hofstra helped me learn and retain choreography quickly. The [fall and spring] dance concert auditions at Hofstra are run very much like any professional dance audition: You learn a combination quickly, you run it, and then audition in small groups.” He explains that this familiarity “came in handy when, after learning four intricate and detailed combinations, [Finding Neverland’s choreographer] Mia Michaels came into the room and asked to see us run each one so she could fine tune them.”

Matthew first auditioned for Finding Neverland when it was getting ready to transition to Broadway from the American Repertory Theatre in Boston. “I was initially cut,” he says. “One of my very good friends is the assistant dance captain of the show, and he had mentioned that there was going to be an invited call for a new male vacation swing.  I contacted my agent and she got me an appointment.  After learning four dance combos, singing two songs and reading a scene, I made it to the final five for the spot.” Matthew’s patience eventually paid off. “I got a call a few weeks later saying that two of the guys [who had been cast] were leaving for other shows.” This cleared the way for Matthew to join the production.

When asked what he thinks would surprise people most about being in the cast of a hit musical, Matthew answers, “how normal and humble everyone is.  The cast and crew at Finding Neverland is truly one giant family.  Everyone welcomed me with open arms and is so funny.  When I was on as ‘Elliot’ a few weeks ago, I got to sing a short duet with [Tony-nominated actor] Terrance Mann.  All the while I’m thinking, ‘Wait, I’m singing with Terry Mann. On Broadway. I’m singing with ‘The Beast’ and ‘Javert.’ It’s been such a beautiful and surreal experience that’s made even more-so by the lack of attitude and ‘diva-ness’ in the cast.

Matthew says he is also drawn to the message imparted by the show. “It’s vital to remember to keep the child alive inside you and keep your imagination bright.” This is a feeling that he carries over to his professional life. “As you grow, your dreams and goals grow, too.  I’m hoping this job is just the beginning of an exciting future.”