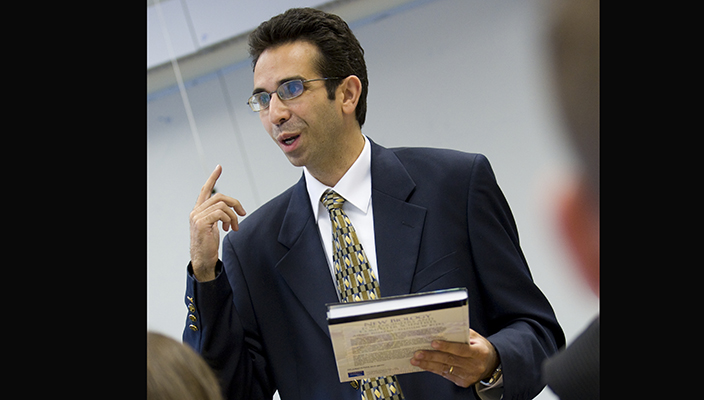 In addition to keeping up with their classwork, a number of third year students in SEAS are gearing up to participate in our co-op experience starting in January and continuing through the summer months.  Co-op Director Philip Coniglio has been overseeing 28 students as they set up interviews with some of the 70 companies he has enlisted that are interested in hiring SEAS undergraduates for paid real-world engineering and computer science working stints.  Many of them will be accepting offers from those companies before the end of November, and most will be working for firms that are new to our list.  Mr. Coniglio has done a superb job in setting up a program that is already paying dividends in opportunities for students to broaden their perspectives, and in matching aspiring technically proficient personnel with companies that are always in need of hiring new talent.

We ran a pilot program last spring, with four students applying for positions with eight companies.  The sample was small, but the testimonials from the students progressing through their co-op experiences are unanimous about its professional benefits.  Listen to these comments to see why we are so enthusiastic about the program and proud of the trailblazing students who made it a reality.

Brandon S., a Mechanical Engineering major employed by Jaros, Baum & Bolles, cites his participation in the massive Hudson Yards project on the West Side of Manhattan, which he notes “is the largest construction project in human history and has some amazing MEP designs that have never been attempted before.”  Between that and other projects he has worked on, he asserts that “the possibilities of experience for a student to gain through this program are endless.”

Robert K., another Mechanical Engineering major working with Structure Tone, points to the level of responsibility he assumed after just four months on the job:  “From never being on a construction site to being the guy in charge, supervising the night shift, was such a rewarding experience.”  Right now he is on site at HBO Headquarters in Hauppauge, and he will be guiding a tour of first year students from Dr. Mauro Caputi’s ENGG15 course who are taking a class trip to that site.

Edmond K., an Engineering Science Civil Option student working for Walden Associates, has participated in a number of projects involving construction oversight and environmental testing for groundwater contamination.  He mentions long work days learning the details of monitoring a state superfund site, but reports that by the end of that project “I was well educated on the procedure for setting up the sampling stations and the importance of not spreading any contamination.”

Finally Michael S., an Industrial Engineering major working for Black Knight Financial Services, first in Florida and later in California, talks about how challenging it has been to work on data analysis for many projects, and how it is “extremely rewarding to use creative and unique ways to solve problems that do not have the answers in the back of a book.”  I have no doubt that these students will be very highly motivated when they return to campus, ready to assimilate the information that will round out their academic programs, and then return to the working world they are participating in right now.  And then our new cohort, much larger in numbers, will be taking their place for the next six to eight months, and presumably enjoying the same shouldering of responsibilities and challenges eloquently testified to by these students.

I would also recommend that our current second year students start thinking about the advantages to be gained from joining the program next year, and it is not too early even for first year students to start planning ahead.  There is no substitute for the combination of technical literacy that an SEAS degree provides, and the on-the-job experience that a co-op position provides.  For sure, there will be some empty seats in our junior level classes this spring, but we know their would-be occupants will be spending their days very productively.